The rugged terrain of Ethiopia's northern highlands. This mountainous area, spanning over 90 km across, lies in northern Ethiopia close to the Eritrean border. Several towns and settlements can be spotted in this satellite image, most notably the city of Axum (to the right of center) and the town of Adwa a few clicks East of Axum. Based on image data from Sentinel-2 satellite courtesy Copernicus EU Earth observation programme. Image: Flickr user Yonas Kidane.

One thing many of us learned during the COVID-19 pandemic was how to operate remotely – how to take classes or teach from our living rooms, how to support kids learning from home, and how to maintain friendships via Zoom happy hours.

Students in Jamon Van Den Hoek’s winter 2021 Geography 599 class learned remote skills as well, but for a very different purpose: The students used remote sensing to examine the establishment of settlements by people displaced by violent conflict in northern Ethiopia.

Van Den Hoek’s class, a special-topics class called Geography of Survival, has been offered a number of times, always focused on a different problem or region of the world. Past iterations of the class have studied changes in land use in the Gaza Strip and the path of urban damage in Aleppo attributable to the Syrian civil war.

“The students who take this class are looking for projects that are more applied, that are hands-on, collaborative and interdisciplinary,” Van Den Hoek says. 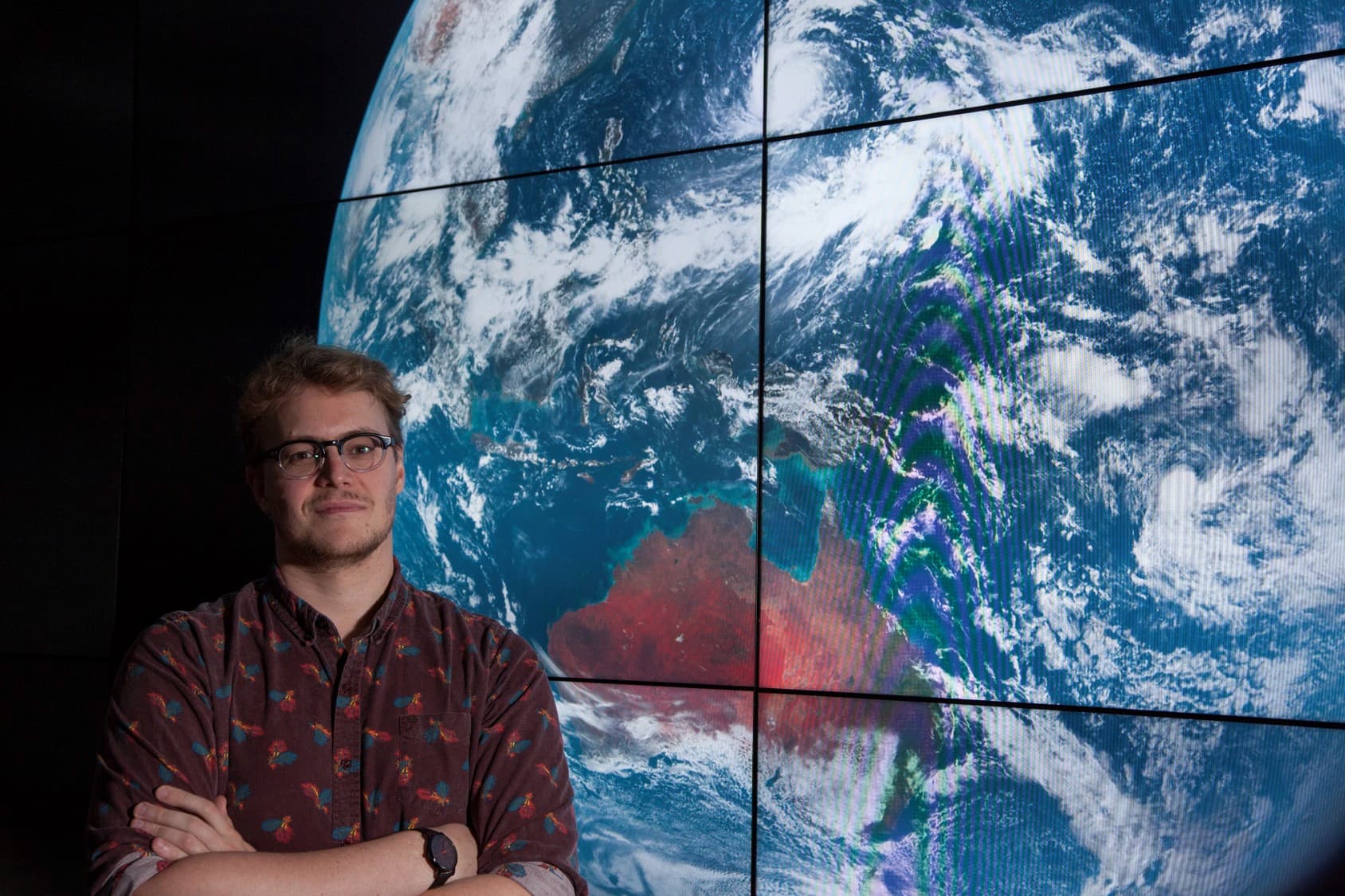 The establishment of settlements for displaced people in Ethiopia was a challenging choice. Van Den Hoek has long been interested in internally displaced people (IDP), people who flee a crisis but stay within their own country (if they leave the country and are granted asylum abroad, they are then referred to as refugees). Usually, observers from NGOs and/or the United Nations are on the ground in conflict-ridden areas to provide information about formation of and conditions in settlements, but in this case, the conflict is so fresh and so violent that ground observations have been intermittent.

“It's been very difficult to understand where people that have been displaced by the fighting [in Ethiopia] are moving, because the conflict regions are difficult to access. It's dangerous. We don't have resources there,” Van Den Hoek explains.

As difficult as it is to track IDP settlements, it is critical to do so for humanitarian purposes. Aid cannot begin to flow to these areas if no one knows where they are or what the occupants of the settlements need.

The class set out to use the little on-the-ground data they could find to direct their examination of open-access satellite data of the region. Then they used an algorithmic approach to data analysis that has been used in landscape change monitoring, but they tailored it to this IDP scenario.

Tanya Haddad, a computer science post-baccalaureate and GIScience student, enjoyed the class immensely. She explained in more detail how the class tracked the IDP settlements.

“We used an algorithm called BFAST which looks for change in satellite images taken over time,” she says. “The general idea is, if you have satellite imagery over a wide span of years, and you know that a disruption happened at a certain point in time within those years, you feed the algorithm about two years of satellite imagery before that date, and two years after that date. Then it goes through all the imagery for those prior two years to map out the natural landscape cycles, in order to determine how the landscape changes throughout the seasons normally, without the disturbance, and then after the occurrence. Then it ‘subtracts’ the changes from the time period before, so you are left with the signature that's related to the disturbance itself.”

The class started with early reports from the United Nations’ International Organization for Migration, and then narrowed their focus to the biggest and most populated sites they could identify. Each student went away from the weekly Zoom classes with an assigned task that would help track these sites over the course of the 10-week term. 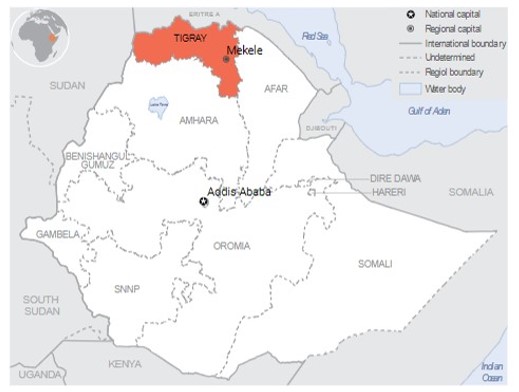 Tigray region of Ethiopia. Image: U.N. Office for the Coordination of Humanitarian Affairs

What did changes look like over time? “You'll see a place that was formerly kind of an untouched landscape starting to have tents or footpaths; or as it grows, it will start having roads and other things that look more like a settlement,” Haddad says.

By the end of the term the students were able to compile a list of sites that fit the criteria for IDP settlements, and, more importantly, a proof of concept for the approach they used. “The monitoring platform we developed can be deployed anywhere at any time with open access data. No one had ever done this before,” Van Den Hoek says.

This kind of analysis can be given to those working on the ground, Van Den Hoek says. “Our approach fits into the broader humanitarian ecosystem by providing a shortcut to show those on the ground that there is something worth exploring in a given location, that they should potentially put more resources towards.”

Based on the successful work carried out by Geog 599, Van Den Hoek and colleagues are working on a Google Earth Engine app to support similar analyses in the future. “Determining presence of the settlements is a first step,” he says. “The next thing would be looking at further growth over time, which itself is a proxy for a combination of land use demand and population. So with the growth of the settlement, you can make estimates of population there. Once you estimate the population, then relief agencies can start targeting aid delivery.”

This impact on human lives is one of the things Haddad loved about the class. “You don't want this to just be an academic exercise,” she says. “You want to be able to have that feedback loop with the folks on the ground, so you can get services or aid to people. It’s one of the most interesting human-related geographic problems that I’ve worked on in a class.”