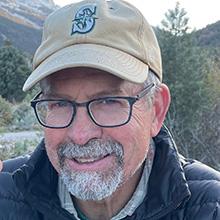 OC 201 - Oceanography. This course is a 4-credit baccalaureate core course for physical sciences with lab.  It is intended for students interested in learning about how the ocean works and serves as the starting point for the Oceanography major.

OC 295 & OC 296 - Introduction to Field Oceanography - Land & Sea.  These courses are new ones made possible through a generous donation from an anonymous donor. Thank you! OC 295 is held during Winter and OC 296 is held at sea in the Spring - usually during Spring Break. Each year the sea going portion of the course is taught on one of several UNOLS ships (e.g., the RVs Oceanus, Sikuliaq & Sally Ride) somewhere in the NE Pacific Ocean.

OC 440 - Biological Oceanography. This course is now taught during Spring term by Drs. Byron Crump (even years) or Yvette Spitz (odd years) and by Dr. Maria Kavanaugh in the Summer at the Hatfield Marine Science Center in Newport.

OC 460 - Geological Oceanography. This course is one of the core requirements for the Oceanography major.  It focuses on (mainly) sedimentary processes in ocean basins from terrestrial sources to various ocean sinks (from estuaries to the deep ocean). In addition we examine how the marine sedimentary record is built and what it can tell us about Earth's history from event to geological timescales.

OEAS 500 - Cascadia Field Course. This course is a week-long tour of the Pacific NW that examines facets of the geology, climate, ecology and oceanography of Cascadia, as well as regional resource conflicts.  We start in the Columbia River gorge and end up on the coast, with stops at Mount St. Helens and the Oregon Coast Range between. I developed it and taught it for 7 years, but have handed it off to other faculty members.

OEAS 520 - The Solid Earth. This course is an introduction to earth science for graduate students entering the MRM and OEAS programs at OSU. Although it mostly covers marine geology, we do talk about whole planet and terrestrial processes as well.  Our focus is on the sedimentary record and what it tells us about Earth history.  It is part of the CEOAS 'Three Earth' sequence.

OC 648 - Marine Benthic Ecology. This course has been discontinued. Much of the material is now covered in OC 657, Sediment Biogeochemistry, taught by Distinguished Professor Clare Reimers in alternating years.

Erin Peck - MS & PhD in Ocean, Earth & Atmospheric Sciences (2017 and 2021) from Oregon State.  Her research topic was sedimentation (sediment and carbon) in Oregon estuaries over decadal to millennial timescales.  Dr. Peck was a postdoctoral investigator in the Department of Plant & Soil Sciences at the University of Delaware where she studied the effects of legacy sediments in mid-Atlantic rivers and streams. She is now an Postdoctoral Researcher at the University of Massachusetts - Amherst.

Kris Richardson - MS in Water Resources Science (2017) studied sedimentation and stratigraphy in Loon Lake, a small landslide-formed lake in the Oregon Coast Range.  She now works for the US Forest Service in Plains, Montana studying the effects of wildfire on stream hydrology.

Anna Pakenham (Stevenson) - MS in Marine Resource Management (2009) studied sedimentation in the Siletz River estuary.  Anna went on to earn a PhD in Public Policy at OSU and works for the Oregon Department of Fish and Wildlife in the general area of water resources.

Andrew Stevens - MS in Oceanography (2004).  Andrew studied seabed erosion rates in the Adriatic Sea and then went on to work at the US Geological Survey's Pacific Coastal & Marine Science Center (Santa Cruz, CA) where he is an Oceanographer involved in several multi-year studies of sedimentation along the US West Coast.

Louise Hunt - MS in Oceanography (2002). Lou studied event sedimentation associated with a large magnitude flood (Fall 2000) of the Po River (northern Adriatic).  She returned to New Zealand and has held various government jobs in marine conservation ever since.  She has also been known to spend some time mountain biking through NZ's steep terrain.

Wheatcroft, RA, VS Starczak & CA Butman (1998) The impact of population abundance on the deposit-feeding rate of a cosmopolitan polychaete worm. Limnology and Oceanography 43: 1948-1953.

Jumars, PA & RA Wheatcroft (1989) Responses of benthos to changing food quality and quantity, with a focus on deposit feeding and bioturbation. In: Productivity of the Ocean: Present and Past. W.H. Berger et al. (eds.), Wiley, NY, pp. 235-253.