History of the Condon Lectures at Oregon State 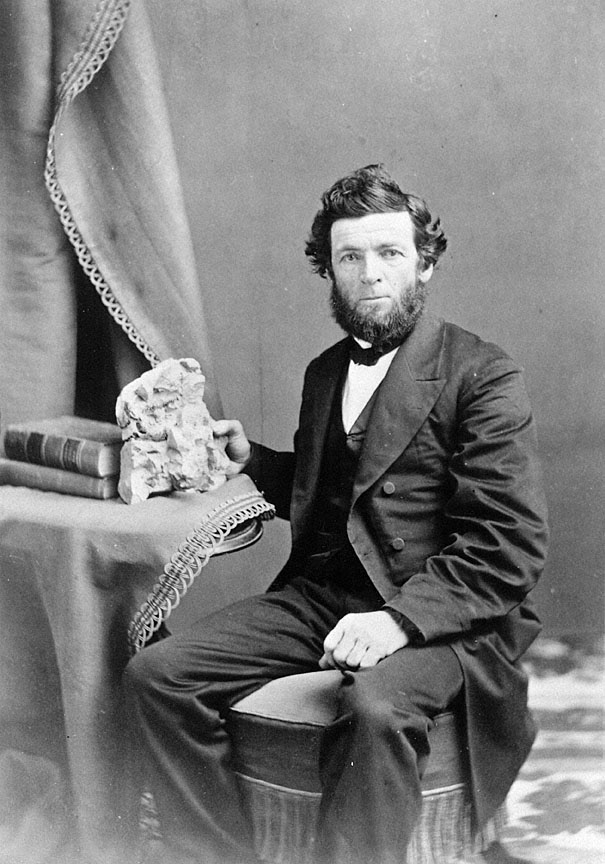 The Oregon State Board of Higher Education established the Condon Lectureship in 1944 to honor Thomas Condon (1822-1907), the first professor of geology in Oregon.

Thomas Condon immigrated to New York from Ireland in 1833 at the age of 11. In 1852, he sailed from the east coast around Cape Horn with a new bride, a new degree from Auburn Theological Seminary, and a calling for teaching and missionary work in Oregon. While pursuing this calling, however, Condon discovered the world of geology, and he became a scientist of national and international stature. He discovered the John Day Fossil Beds, and this led to a strong interest in fossil evidence for the theory of evolution. From the John Day area, Condon supplied the specimens of three-toed horses that completed the evolutionary lineage from the Eocene five-toed (and dog-sized) horse to the present one-toed horse. Charles Darwin later referred to this work as the best support for the theory of evolution since The Origin of Species.

Condon first recognized the correct Tertiary age of the Oregon Coast Range, previously considered to be Precambrian, and he named the Astoria Formation, richly fossiliferous at the Oregon Coast. He was Oregon’s first state geologist, and he remained active in teaching in the state college system until his 83rd year.

Throughout his career, Condon used the free public lecture as a method for disseminating scientific knowledge to the general public. He gave many lectures near his cottage on the beach at Newport, with the promontory of Jumpoff Joe as a backdrop.

The purpose of the Condon Lectures is to interpret the results of significant scientific research for the non-specialist. Some of the distinguished lecturers in this series are listed below.