Following our footsteps in times of disaster

Digital data can help track people during the pandemic, but David Wrathall’s experience shows that field work is critical for data interpretation.

Tracking people’s collective movement during disasters can be an effective way of understanding where to deploy resources appropriately and how to evaluate effectiveness of disaster response. A perfect example for the current COVID-19 pandemic is a tool developed by Unacast recently profiled in the Washington Post. Unacast is using aggregate cell phone data to determine the average distances people are traveling by state and by county now compared to pre-pandemic. This information can provide insight into where people are staying home and where they are continuing to travel long distances, potentially bringing infection with them. But while “big data” can lend insights into human movement, understanding the significance behind such movements requires a closer look.

CEOAS geographer David Wrathall has used aggregate, anonymized cell phone data to track people’s movements during crises as well. He and colleagues used cell phone call information to track movements of Bangladeshis during a 2013 cyclone, comparing movements from before the storm to those during and afterward in order to identify anomalous patterns of movement. He wanted to know where people moved when the storm was imminent. How quickly did they return? How often did people make calls, and how often did they charge their phones? The answers to such questions, he hypothesized, could provide insights into how people were preparing for and responding to the cyclone, whether they were evacuating, and whether that migration was permanent. As Wrathall wrote in the blog New Security Beat, “Displacement often leads to humanitarian crises in the short term and can derail progress toward development in the long term.” 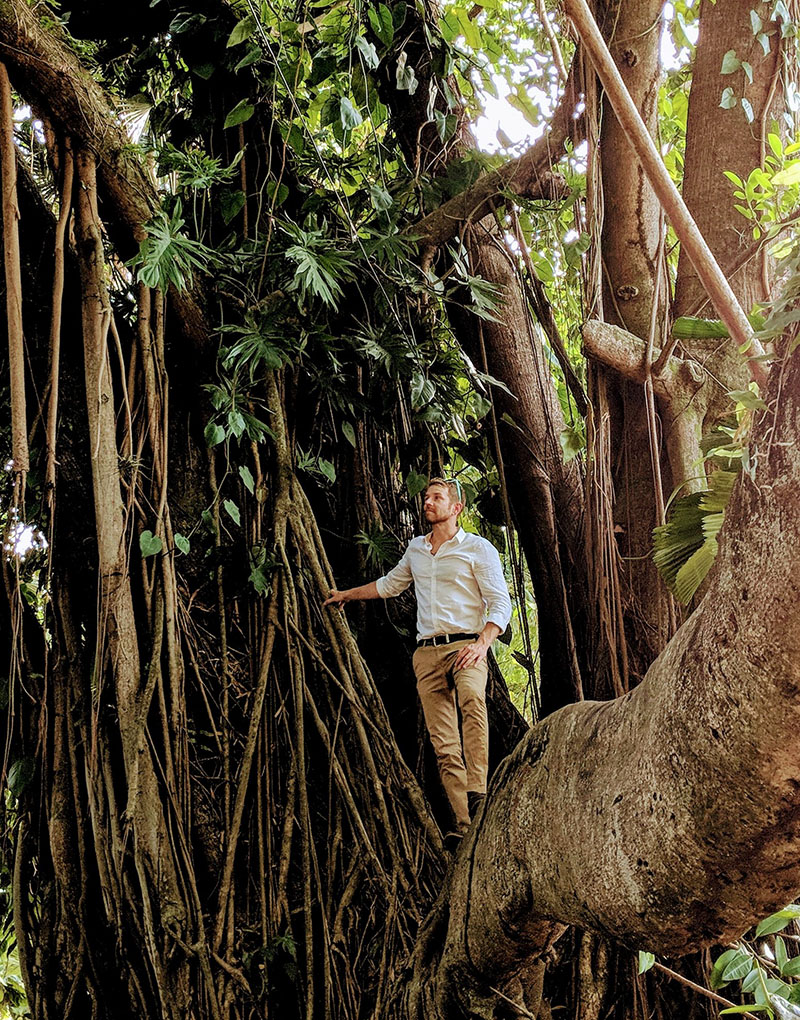 One odd finding stood out to Wrathall and his colleagues: In one of the regions they studied, there appeared to be mass movement toward the coast, rather than away, as the storm approached. Why? Were people evacuating by boat?

The answer highlighted the need for coupling analysis of “big data” with good old-fashioned on-site fieldwork in order to explain the reasons behind the movement.

“Our initial assumption was that mass movement during a big storm must mean that people are heading for safety,” Wrathall said. “But when we interviewed community members, it turned out there was a different explanation: fishermen were going to the shore to secure their fishing boats.” Without their boats, these fishers would lose their only income.

However, this explanation led to another mystery. In another village in the study area, Mohammadpur, no anomalous movement toward the coast was detected, despite the fact that this community also had many fishing boats to secure. The difference was revealed, again, through fieldwork.

Using a combination of field interviews and satellite imagery, Wrathall and his team determined that this area is far more vulnerable than the one described above to inundation during severe floods due to a lack of robust embankments to hold back rising waters. A movement toward the ocean in this area could very well be fatal, and fishermen also wanted to stay home to protect their families.

Using our aggregate, anonymous collective data shadows can be a valuable approach to determining where messaging about staying home to combat the pandemic is working, or where resources are needed. For the time being, the concomitant fieldwork might be hard to do, which means that data interpretation might be difficult. With respect to the current pandemic, evaluating people’s movement by state or region could be problematic. Are people in the rural south, for example, still traveling because they are disregarding shelter-in-place guidelines? Or do their livelihoods require them to travel? Or do they simply live farther from grocery stores and other essential services than people in urban areas? Without field work or other complementary data sets, it might be hard to tell.

As Wrathall and his co-workers wrote in a recent journal article about the Bangladesh work, “Examining a big-data analysis without being reflective of initial assumptions and hypotheses can result in the search for something that is not there.”

Geographer David Wrathall and collaborators used data provided by mobile networks to track people’s movements in response to weather. His technique highlighted areas with the highest impacts and most in need of disaster recovery.