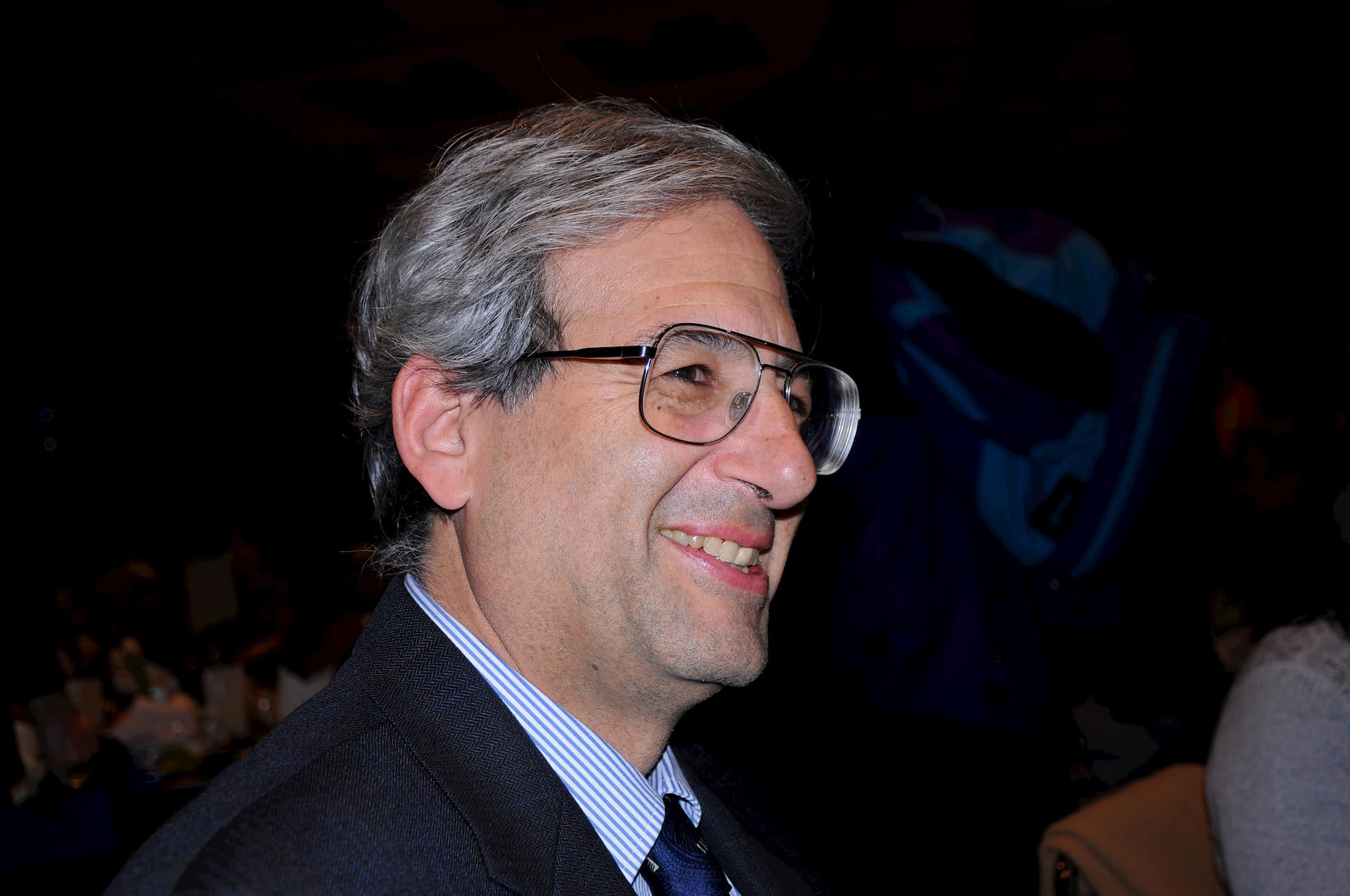 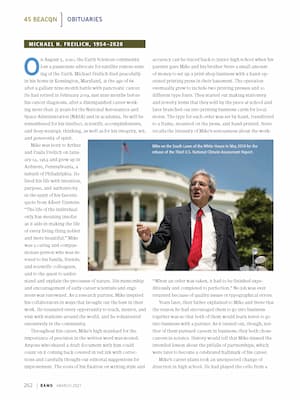 Michael H. Freilich obituary in the March, 2021 Bulletin of the American Meteorological Society.

Legacy of passionate Earth-systems scientist lives on through memorial fund

Michael Freilich was a passionate and tenacious Earth-systems scientist who will be greatly missed. He shaped decades of climate and remote-sensing research through his leadership at NASA and through the individual interactions he had with so many in our community. We are indebted to his vision, his leadership and his enthusiasm for learning, which was infectious to all who interacted with him. Those who were fortunate to work closely with Mike drew inspiration from his intensity and his ability to recognize the gem in a sea of ideas, the unique spark in each individual, and the precise moment when an opportunity can be acted upon.

Mike was a professor of physical oceanography in the College of Oceanic and Atmospheric Sciences (now the College of Earth, Ocean, and Atmospheric Sciences) at Oregon State University from 1992 to 2006. He served as Associate Dean from 2002 until he left Oregon State in 2006 to become Director of Earth Sciences at NASA. During his 13 years at NASA, he increased the annual budget by more than 40% and nearly tripled the rate of launches of NASA Earth satellites. Mike was a passionate advocate for international collaboration, recognizing the global nature of the Earth System, the need to study it as an integrated science, and the opportunities provided by satellite remote sensing. While at NASA, he received the Distinguished Presidential Rank Award, the NASA Distinguished Service Medal, and the NASA Distinguished Achievement Award.

Throughout his career, Mike was dedicated to training the next generation of Earth scientists with a special interest in enhancing opportunities for underrepresented students. In recognition of his accomplishments as a scientist and administrator, and his commitment to educating young scientists, the Michael H. Freilich Memorial Fund supports research experiences for members of historically underrepresented groups through an undergraduate fellowship in remote sensing research in the Earth sciences, including oceanography, atmospheric science, land-use change, and polar science.


You may also make a check out to OSU Foundation and in the memo line, CEOAS Dean’s Fund in Memory of Michael Freilich and may mail the check to: