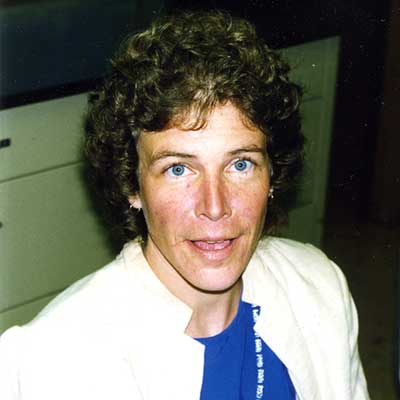 The Department of General Science ceased to exist on June 30, 1992 as part of a restructuring of the College of Science (driven by budget reductions consequent to passage of a property tax reduction measure in Oregon). At the time, it comprised a group of historians of science and environmental scientists, and was chaired by Dr. Paul Farber, an historian of science. General Science spawned, over its history, several other units, including Oceanography and the Department of Atmospheric Science. At the time of its elimination, faculty from General Science were moved to various departments, depending on their expertise — most went to Botany & Plant Pathology, Zoology, or History.

General Science had an undergraduate Option in Environmental Science (as well as Options in History of Science, Biological Science, Physical Science, and Earth Science). The Environmental Science Option required: 7 — 11 credits in lower division earth sciences (G 201 or 202 or GEOG 261, Map Interpretation); 5 credits of soil science; 10 — 12 credits of organic chemistry and biochemistry; 6 — 8 credits of statistics; 9 credits of environmental science core courses (GS 301, GS 333, and GS 489; the former two renamed as Human Impacts on Ecosystems (BI 301) and Environmental Case Studies (BI 333), and the latter as ENSC 489, subsequent to the dissolution of the GS prefix and department); at least 15 credits of other upper division courses to form an area of concentration; and a variable number of internship credits. These requirements, of course, were on top of the General Science core requirements (freshman seminar; a year of biology with lab; a year of chemistry with lab; a year of physics; at least 12 credits of mathematical science courses numbered above 100 — could be math, statistics, or computer science; a course in computer science or one that had a significant CS component; at least one course in history of science; and senior seminar.

The Category I proposal for the ESUP was separate from a later-developed (1995) Category I proposal for the Graduate Degree Program. The latter was developed by the ESID committee as well; its membership had changed somewhat from the committee that developed the ESUP curriculum, but it maintained representation from various colleges. This ESID committee was chaired by Dr. Bill Winner starting in 1994, at the request of Dean Horne. Bill had been in General Science, and had moved to Botany & Plant Pathology when General Science was eliminated; the same was true for me and for Dr. Bruce McCune. The new graduate degrees in Environmental Sciences were intended to replace the MA, MS, and PhD degrees in General Science-Environmental Biology/Science Concentration.

Dr. Bill Winner directed the ESUP during its first year (1992-1993). I started as Director in fall 1993; when the position was advertised in August 1993, I was encouraged by Dean Horne to apply, as was Dr. John Westall, from Chemistry. In exchange for accepting the position, I got relief from the teaching of one course and was given 0.25 FTE for an office support person. The Directorship was considered to comprise 0.25 FTE, 12 months; at my request, I stayed at 0.75 FTE for the 9 months of the academic year, and so was given 0.50 FTE for 3 months in summers to compensate. The appointment was for an initial 3-year term. I stayed in the position through spring of 2002. Dianne Simpson from Botany & Plant Pathology served in the 0.25 FTE office support capacity for the first few years. She worked in 2088 Cordley where the program files were kept. Later, she became the Administrative Assistant for the Chair of Botany and Plant Pathology.

Initially, I did most of the advising, but encouraged students to see their specialization advisors as well. By 1995, Stacy Gaylord (now Moore) was hired as an Academic Advisor, joined by Victoria Linehan and Martha Clemons, and later Shawna Harvey. The first Office Assistant was Meredith Lankford (Sue Montgomery — she sometimes used one name and sometimes the other). She and the advisors all had adjacent offices on the first floor of Cordley Hall along Orchard Street.

I prepared curricular proposals to make the "focal areas" into "Options" that would be transcript-visible, and also to establish the new ENSC course prefix. We also started the Environmental Sciences Association (club); the advisors Stacy and Martha were particularly involved in supporting the club. The listserv ("enscasso") was developed in this era as well, taking its name from that of the club (Environmental Sciences Association).

Talk of making the Environmental Sciences degree available fully on-line began in about 1995. I couldn't imagine that it would actually happen, but Dr. Sherm Bloomer, who was then Chair of Geosciences and close with Dean Horne, was a believer. In retrospect, given the success of the on-line program, I am sorry to confess that I was dragged kicking and screaming into assisting its emergence.

Dr. Kate Lajtha (Botany & Plant Pathology) served as Interim Director when I was on sabbatical during 1996-1997. By the time I returned from that sabbatical, much progress had been made on making the degree available by distance means. Kate also served as Interim Director of the ESUP from spring 2002, when I stepped down as Director, until April 2009 when I resumed the directorship. During this period the ESUP added exchange programs in Guayamas, Mexico and at Auckland University, New Zealand. During her tenure, the offices moved to a complex in 2046 Cordley Hall. When I returned to the position in spring 2009, Jessica Cardinal-Lanier was doing all of the advising (on-campus and e-campus students), and much of the program administration as well.

Shortly after I resumed directorship in 2009, the Dean of College of Science (Dr. Sherm Bloomer) decided that the ESUP could no longer exist as a stand-alone entity under College of Science, but must affiliate with another unit. This was part of an OSU-wide effort to combine units, initially "sold" as a cost-saving venture. Our choice was to affiliate with the Life Science departments, who were themselves undergoing discussion about various mergers amongst those units, or to ally with Geosciences, which was in talks with COAS (College of Ocean and Atmospheric Sciences) about merging with that entity. The Faculty Steering Committee, relevant department chairs, the advising staff, and I came to the decision that the interests of the ESUP would be best served by following the latter course. This set in motion the move of the ESUP to a new affiliation, and of advising and office staff to offices on the first floor of Wilkinson Hall, changes in catalog entries — a massive suite of necessary changes, as we integrated with a college that was itself new — the College of Earth, Ocean, and Atmospheric Sciences (CEOAS), with Mark Abbott as its Dean.

When Jessica left her position in August 2009 to start a PhD program, we hired Dawn Marie Gaid to advise e-campus students and Cori Hall with primary responsibility for advising on-campus students. A professional advisor for Earth Science students was hired for the first time (Erin Lieuallen) and an Internship Coordinator/Environmental Sciences advisor was also hired (Dave Dickson). This interdisciplinary program grew rapidly from approximately 100 majors in Fall 1993 to 250 majors by Spring 2002. As of spring 2012, there were approximately 500 majors; some on-campus and some completing the degree from a distance through e-campus. I stepped down for the last time in June 2012, at which time Dr. Larry Becker (a geographer) assumed the responsibilities of the ESUP Director.