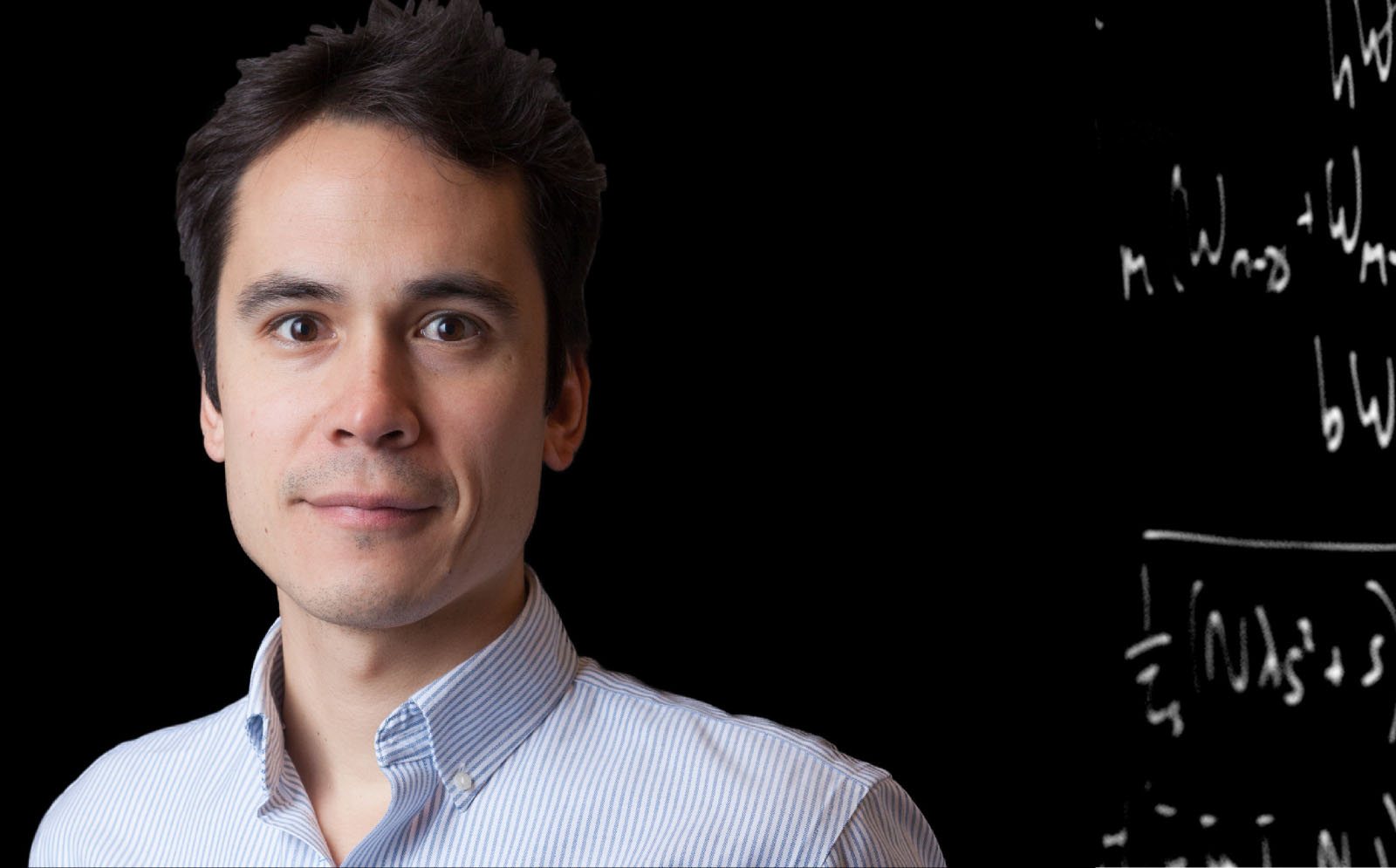 James Watson defies categorization. He has oceanographic roots, having tackled problems at the intersection of biological, chemical and physical oceanography. He’s studied the currents of the world’s oceans, and how they affect ocean connectivity, larval transport and genetic diversity. He’s quantified the isolation of coral reefs. He has a publication currently in review about baleen whale migrations. He’s worked on multiple fisheries and aquaculture issues.

But Watson is a new CEOAS faculty member not in oceanography but in geography. In recent years many of his projects have explored problems where human behavior overlaps with physics and biology. And one of his newest projects, undertaken at a company he founded called BigFish, Inc., will take on a not-so-classic oceanographic topic: insurance.

Don’t worry—Watson will not be darkening the doorways of Corvallis residents trying to sell them life insurance. He will be exploring the feasibility of building a cooperative insurance program for the fishing and aquaculture industries to try to mitigate the risk of failed fishing seasons. How did his research interests evolve from ocean currents to insurance? 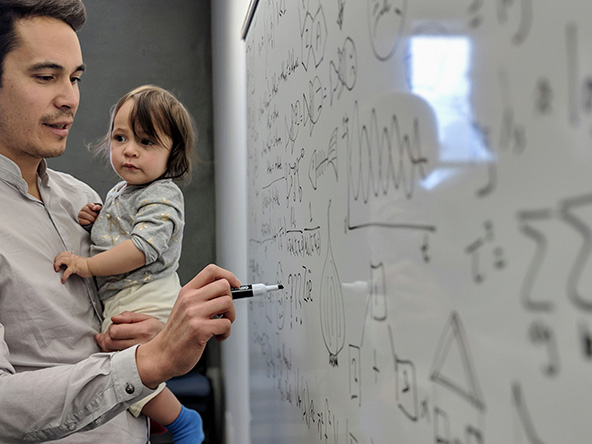 Growing up in the UK, Watson was always interested in science. As an undergraduate, he first tried biochemistry and genetics, but the field failed to capture his interest. “I wanted to be outside in nature anywhere – up a mountain, in the sea,” he explains. To move his scientific interest outdoors, he earned a master’s degree in oceanography at the Southampton Oceanography Centre (now the National Oceanography Centre) in England, where he saw how cutting-edge computing and mathematical techniques could help to answer oceanographic questions.

One important thing he discovered during his time at Southampton is that sometimes working outdoors is not all it’s cracked up to be. He had a research assistantship that required him to ride in the bowels of a commercial ferry collecting and processing water samples during its crossing between England and Spain. “The whole ship was rocking and rolling, it was so loud near the engines that I had to wear ear protection, there were no windows, and I was breathing horrible diesel fumes,” he recalls. These ingredients comprised the perfect recipe for seasickness. Still in love with oceanography, if not with actually being on the ocean, he set aside ocean-going field work.

In search of a challenging interdisciplinary oceanography program for his doctorate, as well as better food and weather, Watson found all three at the University of California at Santa Barbara. There he studied with David Siegel, a geographer with an interest in interdisciplinary oceanography. Watson’s time at UCSB was “like having an infusion of jet fuel – it was so intellectually stimulating,” he raves.

He worked with Siegel and others on an NSF-funded biocomplexity project called “Flow, Fish and Fishing” which assessed the relationships among ocean currents, spatial connectivity of nearshore fish populations, and fisheries management. This project marked the first time Watson had worked on a problem that involved humans. He came to the conclusion that physics is relatively easy to model compared to human behavior.

“It’s extremely difficult to model human beings,” he says. “But that’s where the biggest and most pressing challenges are, and that’s what I wanted: to study the human side of these problems.”

Because there’s nothing more complex or adaptive than human beings, he realized he needed to immerse himself in the language, approaches, and theory of “complex adaptive systems (CAS),” entities in which discrete but interconnected components adapt as a system to a changing environment. The complexity of such a system means that its behavior can’t necessarily be predicted even with a perfect understanding of its constituent parts. Examples are all around us: the climate, social networks, economies, industries, ecosystems, governments. Watson went to work with the undisputed master of applying CAS theory to ecosystems: Simon Levin at Princeton University. Later he conducted similar work at the Stockholm Resilience Centre in Sweden.

At both institutions, his work dove further into human behavior and how it is influenced by the natural environment. How do people make decisions about the use of natural resources? How much carbon should we emit? How many fish should we catch? When do people collaborate and when do they act competitively with respect to natural resource issues? The fishing industry makes an excellent model system to examine these questions. “There are lots of examples of when fishermen compete, but in some fisheries, like tuna, they will often work together,” he explains.

“These questions all revolve around so-called ‘common pool resources’ – public goods,” he continues. “One reason we haven’t solved these problems is that the fisheries scientists always develop models with overly-simplified representations of human behavior, while economists build overly-simplified models of the ecology of a system. Either way you sort of miss the point and end up with a really poor description of the system as a whole.”

Watson arrived at OSU in the summer of 2017 and got straight to work on a couple of new projects. One is the aforementioned insurance project, which he began in Sweden and is continuing under BigFish Inc. “Any food producer, whether they’re growing crops or harvesting fish, is at risk of having their yield and revenue affected by the weather. One way to manage that risk is through participating cooperatively in an insurance program,” he explains. He would like to work with the fishing and aquaculture industries to establish a simple and transparent insurance program, such as the one established by Lemonade for homeowners and renters (see lemonade.com for information about this new form of insurance).

Watson is excited to be at OSU, where working across disciplines is nothing new. “The leadership within CEOAS recognizes the value in taking the tools of computer science and applied math and bringing them to the big questions that fall under the umbrella of oceanography or geography. The university as a whole is fantastic as well because there are so many faculty members in other colleges that do what I do.” Eventually he’d like to explore establishing complex adaptive systems institute within the university.

To learn more about Watson’s research and follow along as his new projects get underway, go to jrwatson.ceoas.oregonstate.edu/about/.