Those familiar with Oregon history are likely to cringe when they hear the word “Vanport.” The story of this Multnomah County housing development, once the second-largest “city” in the state, and the epic flood that washed it away in 1948, is central to understanding the Black experience in Oregon.

Lynette de Silva, co-director of the CEOAS program in Water Conflict Management and Transformation, is taking a new look at this historic event through the lens of transformative conflict analysis. This approach emphasizes addressing the underlying conditions giving rise to a conflict and offers tools to change those conditions based on communication and stakeholder engagement. De Silva is specifically interested in using this approach to address water-related conflicts, which can be especially intractable. In the process of writing a new book, she decided to use the Vanport story as a way to both test some elements of the transformative conflict analysis framework – a ground-truthing of sorts – and to better understand the Vanport story itself. 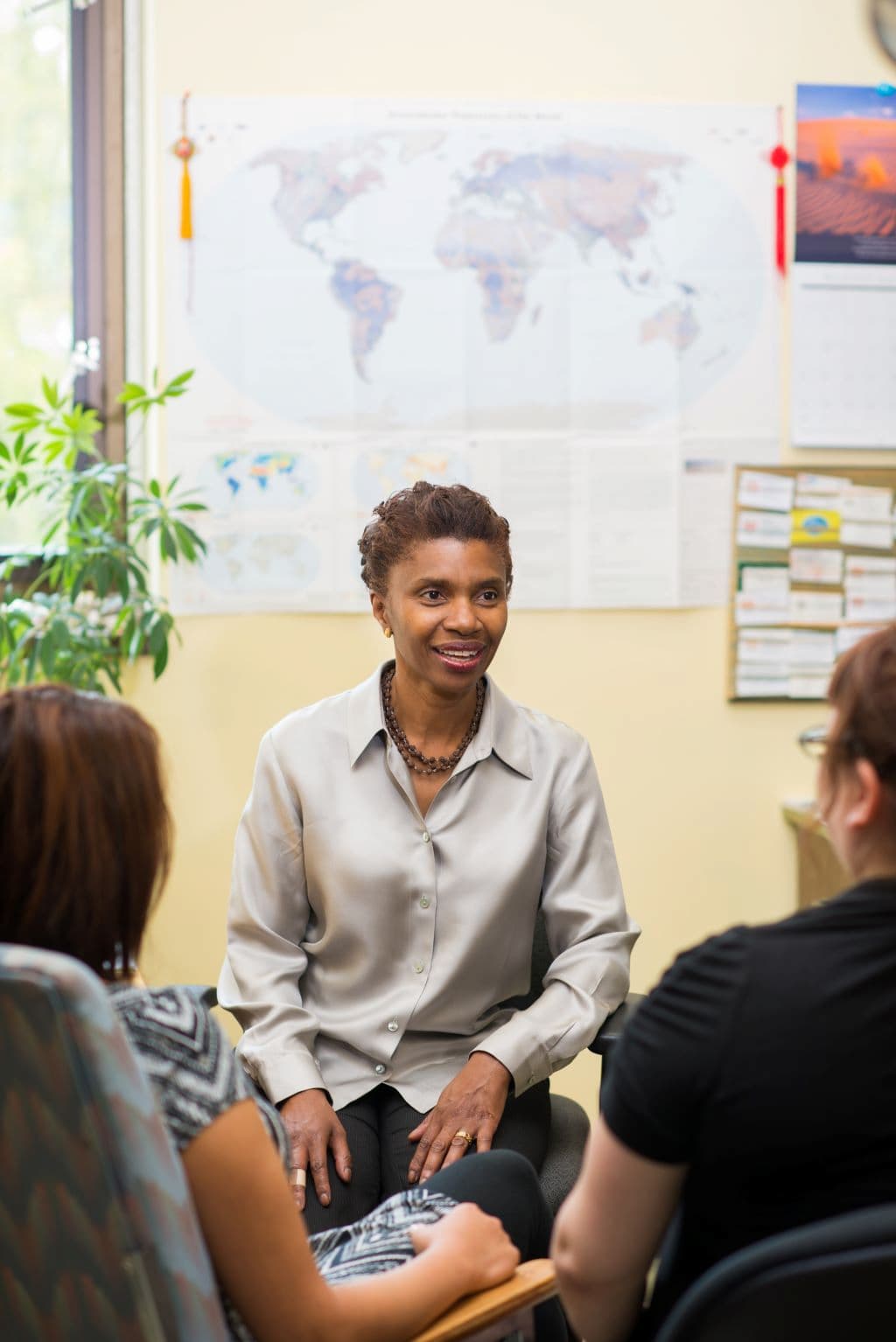 A perfect storm of racism, poor urban planning and flood management, bad weather and community history conspired to construct the Vanport disaster. As World War II ramped up, Portland shipyards began pumping out ships as fast as they could. Laborers flocked to Portland for the abundant shipyard jobs, and so workforce housing was desperately needed, especially for Black workers, who were excluded from living in most Portland neighborhoods by racist policies and laws. Vanport (between Vancouver and Portland) was built to fill that need, a massive development of 10,000 inexpensive units constructed in just 110 days in a diked floodplain of the mighty Columbia River. Vanport grew to be the largest Black community in the state, home to institutions like the Vanport Extension Center, which later became Portland State University.

After the war, residents started to move out of Vanport to greener pastures, but other housing options were still limited for Black people and other people of color (such as Japanese Americans who had been released from internment camps), so many stayed. By 1948, the Vanport population included 12,600 whites, 5,000 African-Americans, and 900 Japanese-Americans.

Then came the flood. In late May of 1948, snowmelt and heavy rainfall caused the Columbia to rise and overflow its banks. Despite being in a floodplain, Vanport was not evacuated. Even worse, residents were specifically told they were safe (actually, the human residents were not evacuated: Hundreds of horses stabled at a nearby racetrack were removed before the flood). The tragic result was the loss of 15 lives and the total destruction of the Vanport development. The flood not only destroyed physical homes and everything in them, but also scattered a vibrant community.

A new way of seeing Vanport

To de Silva, Vanport was a water-related story but it was really much more than that. “I was really using Vanport, a story that I knew, to challenge the transformative water conflict analysis framework. I wanted to ask, ‘What does this framework have to offer? Does it work?’” In modeling terms, she was ground-truthing the framework itself using existing data.

She applied two techniques used by those engaged in transformative water conflict analysis to examine the Vanport story: Construction of a situation map and placement of the story into one of the four stages of water conflict transformation.

A situation map is a tool for visualizing the interconnected nodes and systems that relate to a given topic. These maps resemble flow charts – boxes containing entities or concepts are connected by lines that describe the relationship between the boxes.

“Situation maps can characterize on one sheet of paper the complexity of a system, recognizing that systems are not solely linear, that their components are interconnected in lots of ways,” de Silva explains. “I wasn’t sure I was going to learn anything new using this tool, to tell you the truth. But it did crystallize a few things for me.”

One of those things was the importance of agency on the part of Vanport residents. Community members were far from passive about the racial bias they faced; in fact, the Black Vanport community founded the Vanport Interracial Council to advocate for themselves and address broad community concerns, including racial disparities with respect to housing. Linkages in the situation map revealed just how active and important the Vanport Interracial Council was. Notably, the council evolved into the Portland chapter of the National Urban League, which still exists today.

De Silva next tried to determine where the Vanport story fit within a commonly-used framework of water policy, known as the four stages of water conflict transformation. The four stages -- adversarial, reflective, integrative and action -- call on different collaborative skills to help mitigate the conflict. Vanport fell squarely in the adversarial stage, de Silva decided. “The adversarial stage of conflict resolution is one in which ownership is claimed with an uncompromising position, where the winners take all,” de Silva explains. “This is the realm of laws and policies, tactical control of information, and a ‘defend and debate’ communication style.”

To proceed and work through the adversarial stage, de Silva says, trust-building and listening are the main skills needed, according to the framework. “But trust-building and listening sounded kind of trivial to me,” she says. “What I learned as I dug deeper is that in order to build trust one has to demonstrate trustworthiness. And even more critical, in order to build trust there has be fairness and non-discrimination,” certainly missing in the Vanport story.

Could it have been avoided?

One of the hardest questions to answer is whether the Vanport tragedy could have been avoided. De Silva herself isn’t quite sure. “This analysis made me think that perhaps the [African-American] Vanport community did everything they could at that time – they had agency, as revealed in the situation map, but mutual trust and listening within the broader community was lacking,” de Silva says. “So the question then was, for that time frame and in that dynamic, what else could have been done?”

“I don’t’ have all answers but I do know that in conflicts such as these, often the science ends up being the easy part,” de Silva continues. “The social and economic factors are far more complex.”

To learn more about Vanport, check out resources provided by the Oregon Historical Society and Vanport Mosaic.