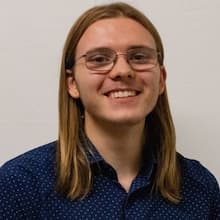 Vegetation diversity and relationship to disturbance: a qualitative assessment of sites in the Coos Bay estuary and a discussion of the role of biodiversity in preservation

Coastal estuaries provide a number of ecosystem services, including coastline stabilization, flood water control, water filtration, and habitat for numerous species, all of which can be impacted by human disturbances. In this paper I will explore how land use and disturbance history may have affected the vegetation composition and diversity of salt marsh habitats in estuaries over time, and formulate a philosophical argument analysis for establishing an ethical standard of land management in coastal estuaries. Effective land management will be vital for mitigating the anticipated effects of global climate change and loss of biodiversity. In order to investigate potential relationships between land use practices and vegetation diversity, I placed the latter in context of the relative intensity of human impact on 13 sites in the Coos Bay estuary. In this qualitative assessment, I used a series of Google Earth Engine historical maps and ruler tool, AppEEARs NDVI data, and information from historical records of disturbance to develop a ranking of the intensity of site disturbance. Data on disturbance intensity were then compared to estimates of vegetation diversity at these same sites based on vegetation data collected in 2014. By comparing estuary sites based on qualitative disturbance, we should be able to inform plans for salt marsh preservation, as well as guiding principles for our own interactions with the natural world. 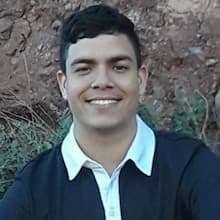 When modeling surf zone circulation, it is often convenient to neglect the influence of currents generated on the inner shelf. The forces relevant to the inner shelf are generally an order of magnitude weaker than the wave induced forces in the surf zone, and their prediction may require nesting into a larger-scale model domain. However, rip currents create situations in which the surf zone and inner shelf coexist, making it potentially important to include inner shelf dynamics in a nearshore model. To investigate this, we used the Coupled Ocean Atmosphere Wave Sediment Transport (COAWST) modeling system to simulate rip currents with and without the presence of inner shelf currents. To validate the model, in-situ current meter data on the inner shelf, and both Argus wave-averaged movies and marine radar imagery were collected from the Field Research Facility (FRF) at Duck NC. The model results show that inner shelf currents can significantly affect rip current behavior at the field site, including determining whether rips will exit the surf zone vs. re-enter as a closed circulation cell. To further study the range of conditions in which rip currents appear at the field site, we created idealized cases in which we varied incoming wave height, direction, and alongshore current velocity. Results show that rip currents appear when the wave forcing and the forcing due to the inner shelf currents are opposing or negligible. When one of these is greater than the other, the rip current will follow the same direction of the greater forcing and will wrap-up forming a circulation cell. 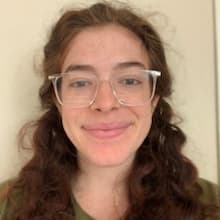 Measuring paleo-atmospheric CO2: Improving precision with automation and preliminary data from Heinrich Stadials 4 and 5 in the South Pole ice core

We describe changes to the high-precision CO2 measurement system at OSU. The gas chromatography line was automated with the goal of improving sample throughput, precision and accuracy. We also highlight the difficulties in measuring clathrated ice so close to the bubble-clathrate transition zone. This increase in precision and accuracy is useful for conducting research on abrupt, centennial scale changes in CO2. We used this updated system to measure the abrupt jumps in CO2 at the onset of Heinrich stadials 4 & 5. This data confirms that these shifts are indeed accurate representations of past changes in atmospheric composition, and not artifacts of in situ production 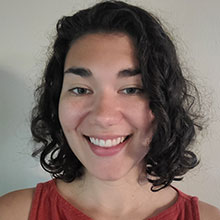 Foraminifera stable oxygen and stable carbon isotopes are widely applied in paleoceanographic reconstructions. Oxygen and carbon isotopes are typically measured either using bulk sample analysis or single shell analysis (for larger shells). When analyzing foraminifera in bulk, many shells are combined which precludes exploration of population variability. Single shell analysis is commonly performed on samples that exceed 20 micrograms but is difficult or impossible with small shells (typically less than 10 micrograms).The ability to couple stable isotope analyses to laser-ablation ICP-MS analyses of trace metals is desirable, but this puts further demands on shell size. We recently customized a Thermo 253Plus IRMS for the analysis of calcite samples as small as 5 micrograms. Our goal is to improve methods for precisely and accurately measuring stable isotopes on extremely small samples, and, ultimately, single chambers or shell fragments. We have conducted reproducibility tests with the species Orbulina universa because their trace-metal chemistry is relatively uniform within their final spherical chamber, and they are large enough to split into several fragments. We split each shell in half and analyzed them for stable isotopes. Shell fragments that weighed near 5 micrograms in initial experiments have acceptable reproducibility (+/- 0.2‰ for d18O, and d13C), with no systematic changes in accuracy at smaller sizes. Further improvements are in progress. Analysis of trace elements via laser ablation prior to isotopic analysis via IRMS will facilitate comparison of trace elemental data and isotopic ratios. This will expand our ability to conduct paired trace element and isotope analyses of species found in high latitude regions that often weigh less than 10 micrograms. It will also allow for the analysis of single chambers, which will be transformative in the study of chamber to chamber isotope variability and single chambers grown in the laboratory setting.