Dever received his MS in oceanography from Texas A&M University in 1989 and his PhD in Oceanography from the MIT/WHOI Joint Program in 1995. As the PI and Project Scientist for the OOI Endurance Array, Dever is responsible for OSU budgets, schedules and staff as well as overall OOI program guidance. Dever has over 15 years of experience making and analyzing moored oceanographic observations. During this time, he has been chief scientist on over 20 mooring deployment and recovery cruises. He was a principal investigator for field programs including the US Minerals Management Service (MMS)-funded Santa Barbara Channel Santa Maria Basin (SBC-SMB) study, the Coastal Ocean Processes (CoOP) Wind Events and Shelf Transport (WEST) study and the CoOP River Influences on Shelf Ecosystems (RISE) study. In these programs, he has specified moored array system requirements for shelf process studies and long term observations, and he has led data quality control and scientific analyses of the resulting moored oceanographic time series. He has been working on OOI since 2006. See Ed Dever's CEOAS profile for more information.

Jonathan is the Project Manager for the Endurance Array portion of the Ocean Observatories Initiative. His field of research is environmental fluid mechanics. He received his MS and PhD in Civil & Environmental Engineering from UC Berkeley. As a post doc at the UC Santa Barbara Marine Science Institute he delineated physical processes that affected nutrient dynamics in biogeochemical hotspots including kelp beds, coral reefs, Arctic lakes, and vegetated tidal marshes. He also completed a post doc at the University of Hawaii where he worked on the Kilo Nalu Cabled Observatory. He was a systems engineer for OOI from 2011 to 2018. See Jonathan Fram's CEOAS profile for more information. 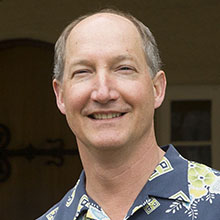 Jack Barth is a professor of oceanography in Oregon State University's College of Earth, Ocean, and Atmospheric Sciences. He received a Ph.D in Oceanography in 1987 from the Massachusetts Institute of Technology and Woods Hole Oceanographic Institution Joint Program in Oceanography. Jack's research seeks to understand the spatially and temporally variable circulation, water mass structure and ecosystem response in coastal waters. He has led a number of research, technology development and ocean observing system projects off Oregon and the Pacific Northwest. Jack participated in the Global Ocean Ecosystems Dynamics (GLOBEC) Northeast Pacific and the Coastal Ocean Processes (CoOP) research programs, including serving as Chief Scientist on many interdisciplinary research cruises. His present research includes a focus on the characteristics and formation of low-oxygen zones off Oregon. Jack's research team uses autonomous underwater gliders to study this region, logging over 49,000 km of measurements over the last several years. He presently serves on the Oregon Ocean Policy Advisory Council's Scientific and Technical Advisory Committee. From 2004 to 2007, Jack was a member of NSF's Observatory Steering Committee that launched the OOI and, together with Collier and Dever, was co-PI on the original OSU proposal to establish the Endurance Array. As Scientist for the OOI, he is responsible for facilitating the scientific use of the Endurance Array and working with the OOI engineering team to ensure the observatory infrastructure will meet the OOI science objectives. See Jack Barth's CEOAS profile for more information. 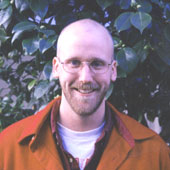 Chris joined the OOI program at OSU in September 2010 as a Field Instrumentation Technician. He holds an MS in Ecology and Evolution from the University of Oregon, where he focused on the biology of microbial systems found in the extreme environments of the hypersaline lakes and hot springs of the Northern Great Basin and Yellowstone National Park. Since then, he has worked for 14 years as part of the bio-optical and bio-acoustics group in the College of Oceanic and Atmospheric Sciences at OSU. He has extensive sea-going experience with a wide variety of oceanographic instrumentation systems and the supporting computer hardware and software. 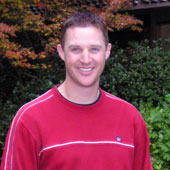 Craig received his M.S. in Oceanography from the University of Cape Town, South Africa in 2002. In 2006 he received his M.S. in Marine Resource Management from the College of Earth, Ocean, and Atmospheric Sciences (CEOAS) at Oregon State University. He has worked as a contractor for the South African Institute for Maritime Technology, and since 2006 has worked as a faculty research assistant at CEOAS where he focuses on developing educational, data and information products, and operational coastal oceanography. Craig is active as an Ocean Observatories Initiative mooring technician and as a Data Management and Communication specialist for the Northwest Association of Networked Ocean Observing Systems. See Craig Risien's CEOAS profile for more information. 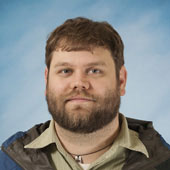 Stuart started working with the OOI glider group in September 2011. He received his BS in Marine Biology from Auburn University in 2005, and an MS in Physical Oceanography with a certificate of Ocean Observing Systems from the Department of Oceanography at Texas A&M University in 2011. His Master's thesis looked at observations of coastal trapped waves on the Texas-Louisiana shelf from Hurricane Andrew. The certificate of Ocean Observing Systems extensively prepared him for operational oceanography including instrument operations, data processing and analysis, and remote sensing. He has worked previously with mooring assembly and oceanographic instrumentation integration. He is part of the coastal glider operations and maintenance team for the OOI.

Kristin joined OOI in November 2018. She received her BS in Biology from Florida State University in 2005, and a MS in Fisheries and Aquatic Ecology from the University of Florida in 2009. Prior to working for OOI she was a faculty research assistant at OSU’s Hatfield Marine Science Center, conducting research in support of wave energy development, and she also served as lead mooring technician for the OSU branch of PISCO. She has extensive sea-going experience and will be assisting with field operations, instrument programming and maintenance, and mooring refurbishment. 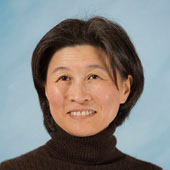 Pei received her MBA in Accounting from Baruch College, CUNY in 1996. Prior to joining OSU four years ago, she worked in multiple industries within the fields of accounting and operations. At OSU she has worked for Information Services and the University Library as unit Financial Accountant for budget, forecast, analysis and reporting. She was also the unit Final Approver for accounting transactions. She currently is the Financial Analyst for Ocean Observatory Initiative (OOI) OSU team, preparing monthly reports and managing the daily financial operations. 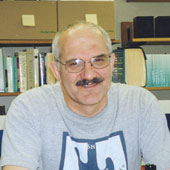 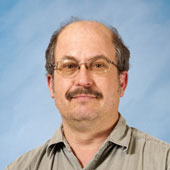 David received a BSc in Chemical Engineering from the University of California, Berkeley in 1984. His previous experience is in application of electron spectroscopic techniques to the physical and chemical characterization of solid surfaces. He holds 2 patents and lists over a dozen scientific publications. As Technician in Ocean Observatories Initiative at Oregon State University he specializes in creating test plans and procedures for instruments and platforms used in the coastal arrays and assists in integration planning for cross-IO interfaces. See David Neiman's CEOAS profile for more information.

Steve earned his M.S. in Oceanography from Florida State University where he studied turbulent mixing in the Gulf of Mexico. He then worked in the Physical Oceanography Department at the Woods Hole Oceanographic Institution as an instrument technician in the Arctic. Steve was a Marine Technician at OSU before joining the OOI team as a mooring technician.

Jonathan arrived at OOI in March 2016 after completing his second Master's degree at the University of Alaska, Fairbanks, where he ran model simulations to analyze freshwater content in the Pacific-Arctic nearshore region. He earned his first Master's in 2004 from the University of Otago in New Zealand, and was awarded a BSc (Hons.) from the University of Wales, Bangor in the UK in 2000. He has extensive ship time, working off-shore on many projects and regions, including the tropical waters of Bermuda and Brazil, and the Arctic waters of Russia and Alaska. He currently assists with building, programming and maintaining the OOI moorings, and also works with the coastal glider operations team. 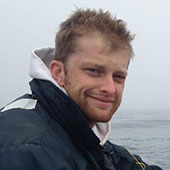 Alex received his BS in Marine Biology from the University of California Santa Cruz in 2012 where he focused on scientific diving. He joined OOI in 2018 where he brings his technical expertise as a Motor Boat Operator Training Course Instructor, NAUI Dive Master and Private Pilot. He has extensive sea going experience, serving as an Able Seaman and Marine Technician on the R/V Point Sur (Moss Landing Marine Laboratories), R/V Questuary (San Francisco State University) and R/V Oceanus (Oregon State University) on projects that ranged from the Antarctic Peninsula to the Aleutian Islands. Alex currently leads the mechanical assembly and maintenance of the Endurance Array moorings and serves as the Mooring Operations Lead during OOI's biannual regional cruises. 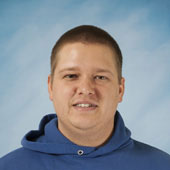