When CEOAS Associate Professor Alyssa Shiel was in college in Arizona in the early 2000s, she rented an old house near her university. The paint on the garage was peeling in the Tucson sun, and strips of it often ended up in the dirt of the driveway, the chips becoming smaller and smaller particles over time as car wheels and footsteps ground them up. With a commercially available test, she found out, as she had suspected, that the paint had lead in it. Her landlord was less than responsive to the problem.

Shiel has been thinking about that house a lot lately.

Now, nearly 20 years later, Shiel is testing for lead again, this time in the air around Portland, using an unconventional method: by collecting and analyzing samples of moss.

Moss makes an excellent air quality sentinel: Lacking roots but high in surface area, it gathers contaminants that settle out of the air around it. The species these scientists sampled is ubiquitous in urban areas, and sampling moss is considerably less expensive than installing mechanical air quality monitors, which can cost tens of thousands of dollars each.

Shiel is collaborating on this work with scientists in the U.S. Forest Service who have used this method before. In 2016, as many Oregonians might remember, their moss sampling program revealed high levels of cadmium, a carcinogen, in Portland. They traced the source of the heavy metal to emissions from two local businesses, Bullseye Glass and Uroboros Glass, which had been using cadmium-based pigments to make colored glass. The finding sparked a state Department of Environmental Quality investigation, and ultimately both businesses voluntarily stopped using cadmium and other metals in their manufacturing process. The health impact of the emissions to the local community remain unclear. These studies found lead, as well, and now Shiel and her students are diving deeper.

A baseline level of lead found in environmental samples in an urban area might not be surprising, given the history of the use of leaded gasoline up until it was banned completely in 1996. Like diamonds, lead is forever, and legacy lead that was deposited during the years of leaded gasoline use may be resuspended and responsible for much of modern airborne lead in cities today. Part of Shiel’s work is tracing the extent of the urban lead signal throughout the city and out to the Columbia River Gorge to see how the contaminant traveled.

“Some have described the Gorge as kind of like the tailpipe for Portland because air gets carried in that direction, funneled down the Gorge,” she says.

“We are, in fact, seeing elevated lead levels in the Gorge,” she continues, “and it looks like these higher levels are tied to historical leaded gasoline use in the urban center of Portland.”

She can tell that this lead dates back to gasoline use by looking at the isotopic signature of the lead. Isotopes are alternate forms of a given element, usually found in unique mixtures in any sample. Shiel runs her samples through a state-of-the-art mass spectrometer, an instrument that determines the specific mix of isotopes of lead or other elements they contain. This gives her a lead “fingerprint,” matching the lead in moss to that in leaded gasoline from decades ago.

Beyond these baseline levels, Shiel and her colleagues have found something interesting and somewhat troubling: There are hints in the data of lead hotspots in unlikely places in the city, in residential neighborhoods far from any potential industrial sources.

“It was really hard to imagine what could be going on in these neighborhoods,” Shiel says. “The nearby houses are old, so it's not like there was previously some sort of industrial facility there – it’s been residential forever.”

Ah, but therein lies the most important clue, Shiel thinks. Her hypothesis hearkens back to that house in Arizona she lived in decades ago: Maybe the hotspots are from exterior lead paint on these older houses.

“Maybe that paint is breaking down over time, or being released with house demolitions as these neighborhoods turn over, and the lead is ending up in the soil,” she says. This soil may become suspended and contribute to airborne lead.

Lead exposure is particularly dangerous for children, who have smaller body masses and are more likely to be in contact with soils. “We're talking about long-term neurodevelopment issues for kids, which can lead to cognitive problems, behavioral problems, emotional problems,” Shiel says. “Lead exposure is not good for anybody, but it’s especially bad for kids.”

Shiel and her collaborators are discussing next steps for the project now. They would like to go back to some of the hotspots and resample to confirm the high levels. They’d like to talk to some of the homeowners, and they may need to involve DEQ if formal health warnings are to be issued or other steps are to be taken in the future. Shiel is also seeking samples of actual lead paint to test for comparison to the moss samples, but lead paint is hard to come by these days.

“We’d like to understand how the lead is being released, and use that information to help find ways to mitigate exposure in the future,” she says. 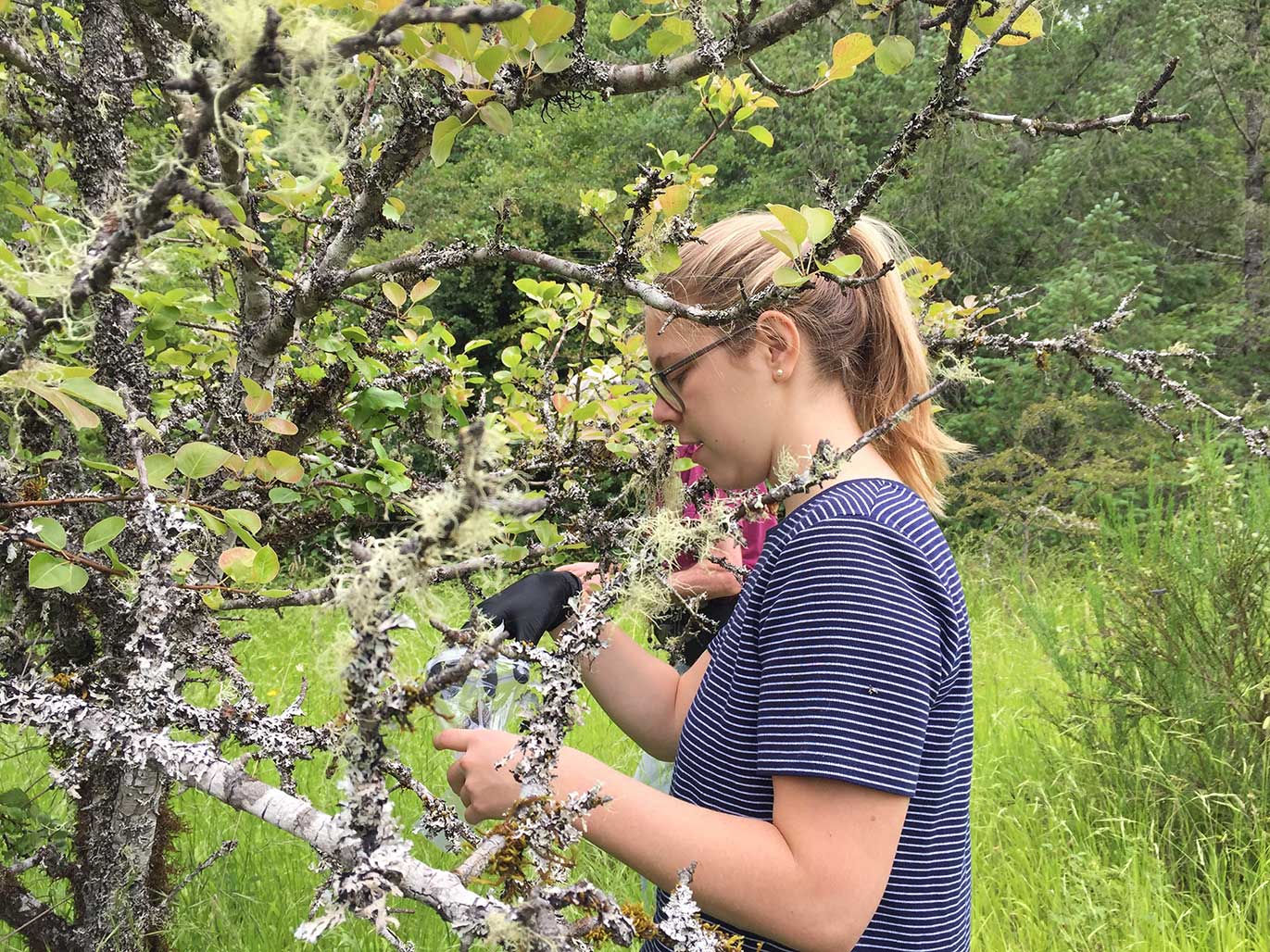 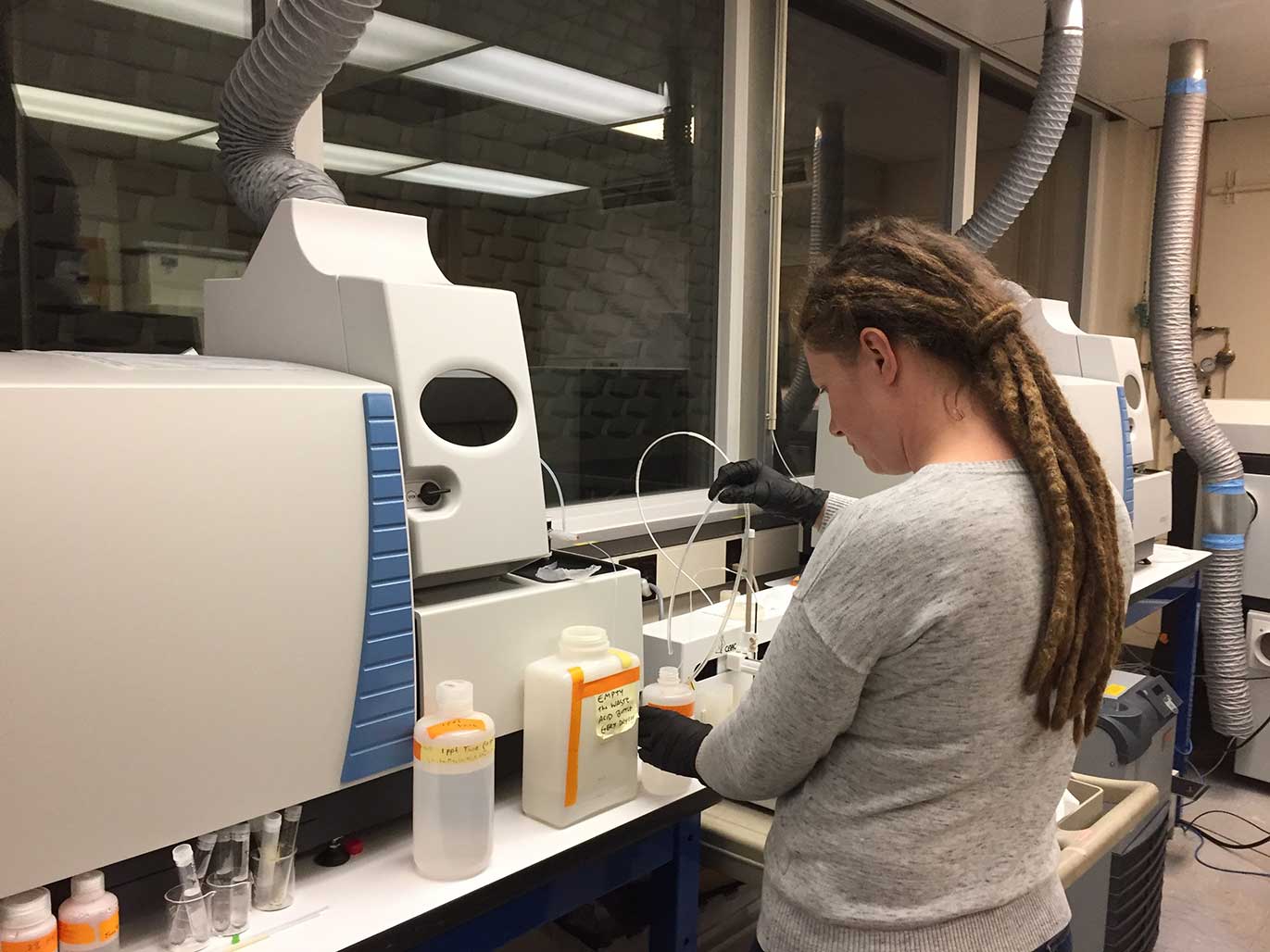