CEOAS is proud to announce that two of its undergraduate students, Julia Rankin and Sophia Zoll, have been awarded prestigious 2021 Ernest F. Hollings Undergraduate Scholarships.

Senator Ernest “Fritz” Hollings of South Carolina served in the U.S. senate for 38 years (1966-2005), becoming a champion for ocean policy and conservation. When he retired, the Ernest F. Hollings Scholarship was established in his honor to bolster undergraduate training in NOAA mission sciences, as well as increase environmental literacy.

These scholarships now provide undergraduates – almost 2,000 of them since the program’s inception – with awards that include financial assistance for two years of full-time study and a 10-week, full-time paid internship at a NOAA facility during the summer. 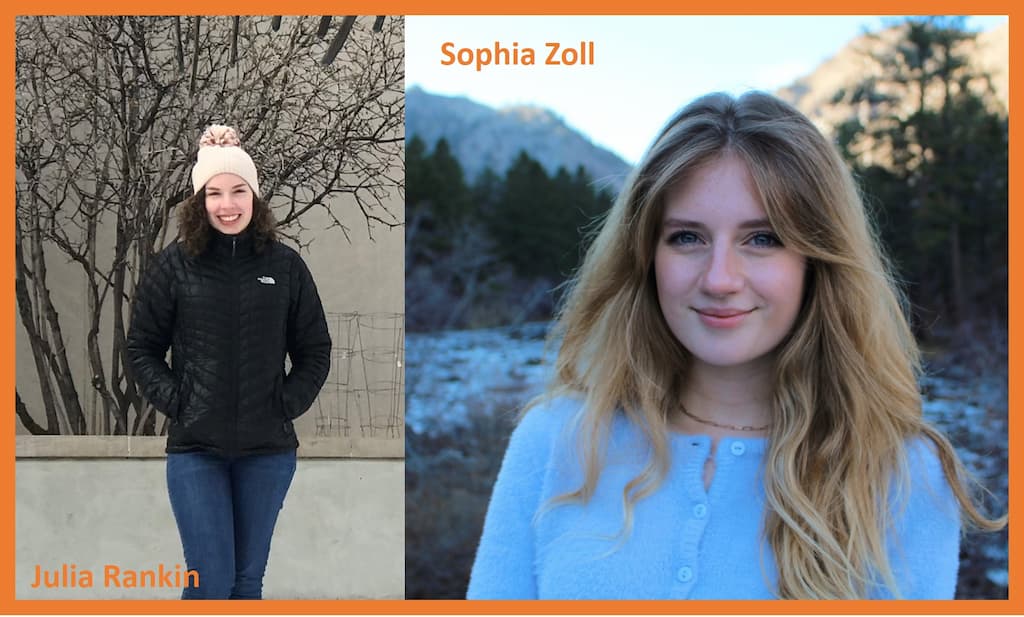 Julia Rankin grew up running along the beaches of Puget Sound, climbing trees in the forest that backed her house, raising orphaned squirrels, and hatching salmon in classrooms. She spent her summers exploring Flathead Lake in Montana and learning about conservation from her grandfather, a rancher. These experiences led her to develop a passion for natural resources and conservation, and ultimately drove her to pursue an honors degree in environmental science at Oregon State.

She plans to earn a Ph.D. and aspires to become an environmental scientist, helping to solve systemic problems contributing to environmental inequities and racism.

“Minoritized communities face the brunt of the impacts of climate change, yet receive little support or infrastructure to tackle these issues,” she says. “To help solve the systemic problems that allow inequities and environmental racism to occur, I plan to become an environmental scientist who investigates the intersections of environmental justice, natural resources, and conservation.”

Before becoming an Oregon State student, Sophia Zoll experienced a lot of the U.S., living in Pennsylvania, California, Virginia and Colorado; now her family lives in New Hampshire. Because her parents worked for a study abroad company, she got to travel internationally, as well. “Seeing all the natural beauty across the globe helped me realize how important it is that we also protect it,” she says. “That's how I became interested in environmental science; my passion is helping the environment and trying to fight the climate crisis.”

Zoll will be well equipped to achieve this goal: She is majoring in environmental science with a focus in conservation, sustainability, and resources, and is also pursuing a minor in French and a certificate in scientific, technical, and professional communication.

“I'm so excited to have been awarded this scholarship,” she says. “My plans for the near future include studying abroad and completing this internship with NOAA, and then after graduating I hope to work internationally in climate crisis research or for an NGO or climate organization.”

Rankin and Zoll join Sash Weese, a CEOAS Hollings scholar from last year, in representing Oregon State in the program currently. The future is in good hands, if these three CEOAS students are any indication.