Rhea Graham, a boundary-pushing geologist and new Board of Advisors chair

Rhea Graham’s reputation as a transdisciplinary geologist goes back to her time as a student, first in geology at Bryn Mawr, and later as a graduate student in oceanography at Oregon State. During her time at OSU, she brought the two disciplines together to study the magnetic properties of marine sediments, working with Jack Dymond, who was on the ALVIN dive that first discovered the incredible phenomenon of deep-sea thermal vents.During her career, she worked within engineering geology, geomorphology and freshwater science and policy — both in private and federal sectors. Graham was the first woman and first Black director of the U.S. Bureau of Mines. She also served a long stint in water resources for tribal, state and federal government agencies, an experience she considers a “very rewarding field” for integrating policy and science.

CEOAS is now the benefactor of Graham’s transdisciplinary experience, as she was recently appointed chair of the college’s Board of Advisors. During a time when many Earth science programs are trying to de-silo, Graham’s services will be invaluable in identifying both gaps and linkages. We caught up with Graham to learn more about her time at Oregon State, her career and her vision for CEOAS. 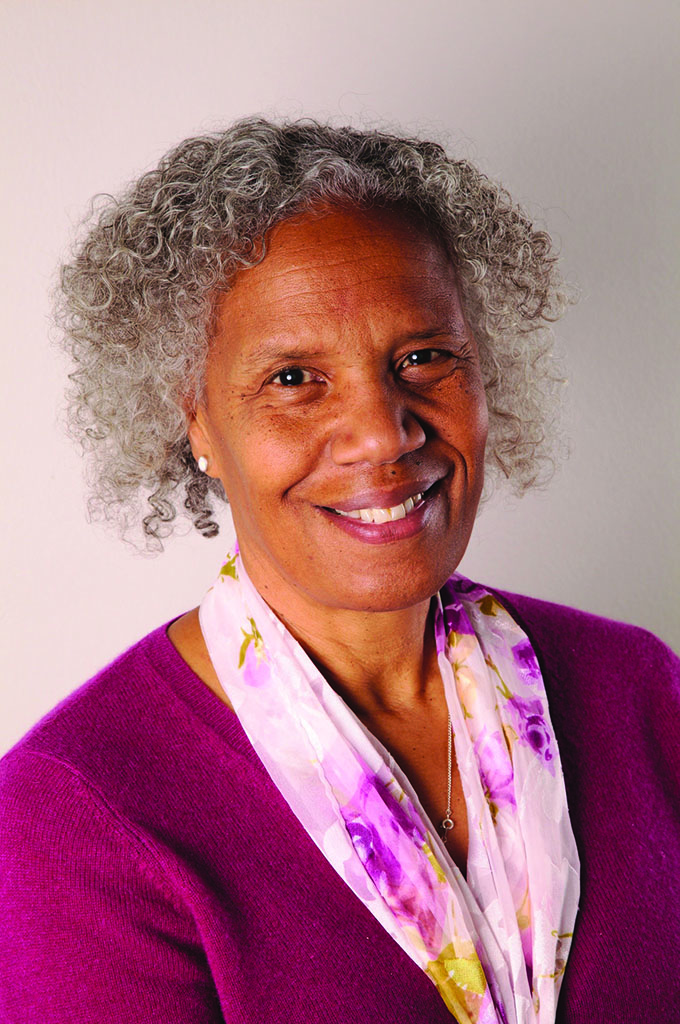 Tell us a little bit about yourself. Where did you grow up, and what inspired you to study geology?

Like my parents, I grew up on a farm in Indiana, located north of the town of Merom, which is the highest point on the Wabash River. The bluff at Merom was created by a fault uplifting Pennsylvanian sandstone, forming a picturesque overlook into Illinois. Our farm was at the northern end of the sandstone escarpment, which may explain why geomorphology and engineering geology became my favorite geology disciplines.

You have degrees in both geology and oceanography, fields that were (and still are) largely white and male. What was the climate like for you while studying the Earth sciences?

As an undergrad at Bryn Mawr, my class had eight women majors, and four of us had our first senior thesis project choices rejected, because they weren’t “geology” enough. I was attracted to oceanography for graduate school because it was a much more interdisciplinary science than geology, and while mostly male — it wasn’t exclusively male. I visited Oregon State during the graduate school application process, and was hosted by a master’s student named Margaret Leinen; we have remained friends ever since. She now is director of Scripps Institution of Oceanography and has an excellent track record for proving the profession is graduating diverse, capable candidates.

Thinking back on your time as a student, how has the academic culture improved?

I think the biggest improvement is that geosciences have moved closer to oceanography in viewing the planet, its resources, its climate and its atmosphere as an integrated interdisciplinary field of study. In addition, the human factor is much more front and center in how Earth-based science is taught. I am gratified that academic culture is taking steps to embrace public involvement in policy decisions, and equity of access for indigenous cultures, for the economically marginalized, and for those without the opportunity to experience the outdoors.

What do we still need to work on?

Looking back, I think we’ve seen increases in what works well, yet without decreases in what doesn’t work well. Women and minority students have increased; however, faculty diversity has lagged more than it should. Excuses such as “leaky pipeline” and “lack of qualified applicants” are often used, but in reality, diversity beyond student enrollment has changed very little in 50 years.

In fall 2021, you became the new CEOAS board chair. What convinced you to get involved with your alma mater?

When I retired, I vowed I would “represent” as a retiree. I saw the perfect opportunity to show that women (and minorities) can have a successful career in the geosciences long enough to retire and serve the profession using their experience and expertise.

What opportunities do you see for CEOAS?

Acting Dean Özkan-Haller’s address at the college's 50th anniversary celebration in 2009 was forwardlooking and thoughtful; she is an effective innovator in academic excellence. The recovery from the Burt Hall fire proved CEOAS has resiliency as part of its DNA. (Editor's note: A lab fire in 2018 closed a wing of Burt Hall for two years.) It is a delicate balance for a research program to both maintain exceptional programs and continue to innovate.

All of us on the board find it exciting that more students are seeing the CEOAS educational experience as both the foundation for enjoying a purposeful career and an opportunity to build upon amazing research accomplishments in integrated Earth, oceanic and atmospheric sciences. The board's strength has been supporting CEOAS as it grows, and I am honored to be chosen by my peers for leading that role.

What advice would you give current Earth science students, particularly those from historically excluded groups?

As a third-generation woman college graduate and a secondgeneration woman master’s degree holder, I often heard about the slights and injustices endured by my mother and grandmother. So, I tell myself I am not alone in what I endure. The hardest part, however, is having to share these stories with my daughters when similar things happen to them. No matter one’s background or experience, the key to staying resilient is living a professional life that makes a positive contribution both to science and to humanity.