Mobile microscopes: Technologies to help identify plankton in the field 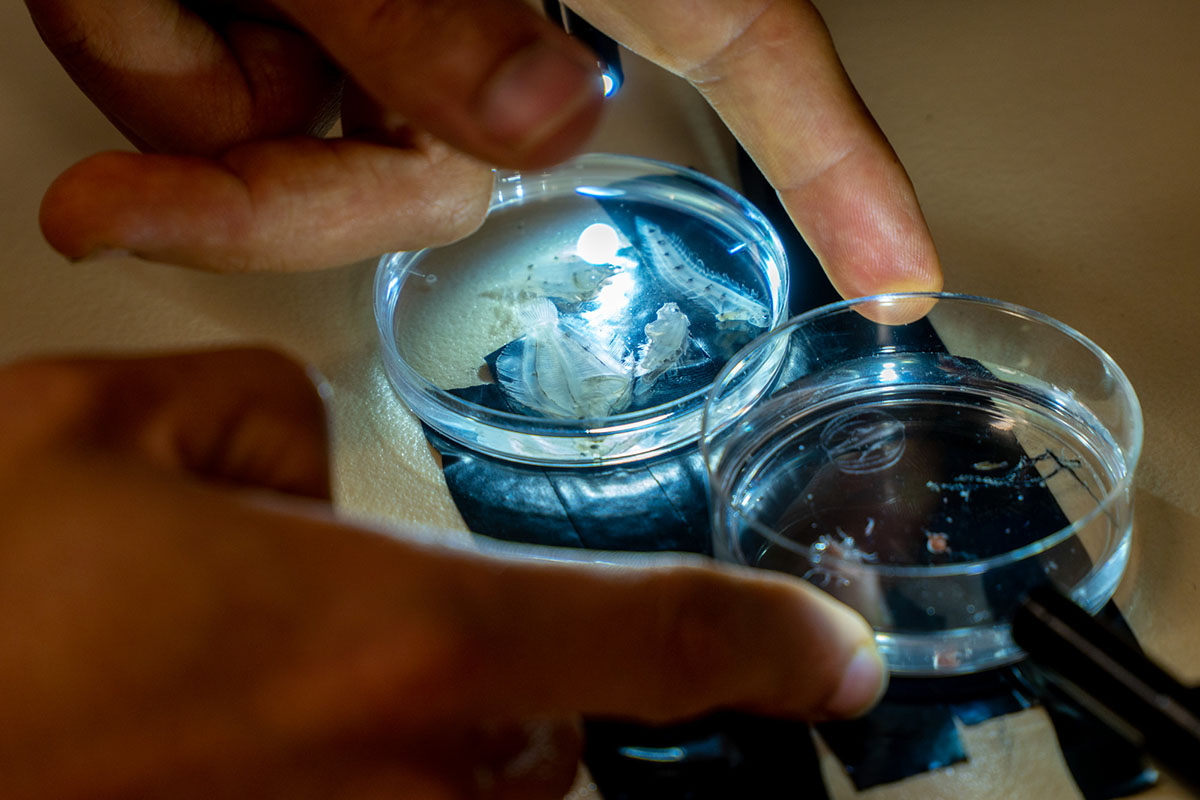 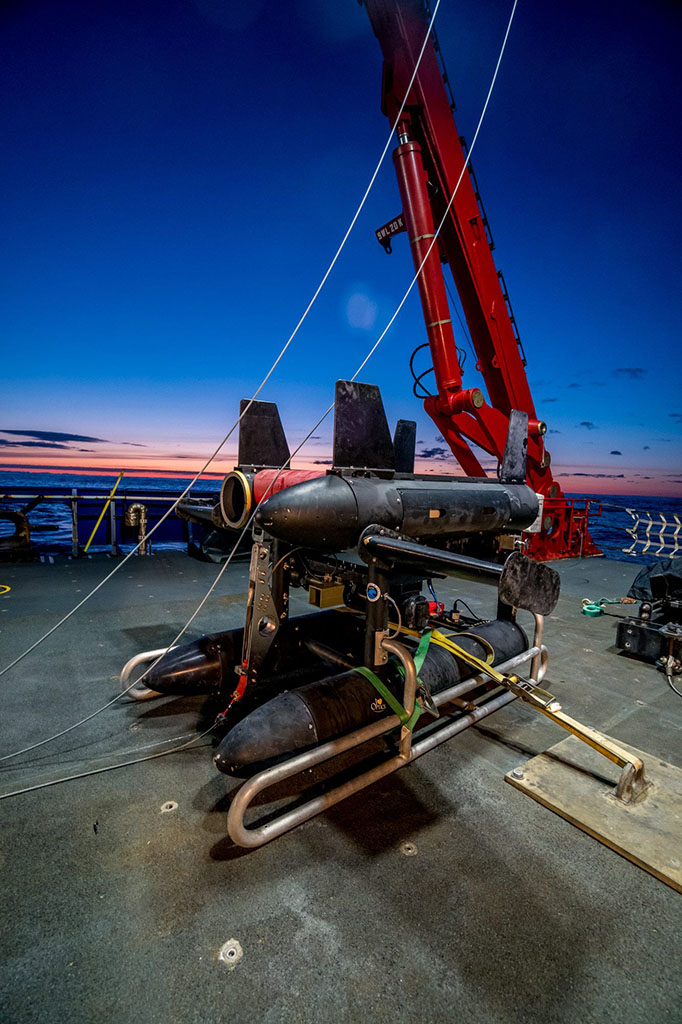 The ocean teems with microscopic plants and animals — phyto- and zooplankton — in a mindboggling array of forms. These organisms form the basis of complex food webs, fueling fisheries and impacting ecosystems in countless ways. For these reasons, scientists often want to find, identify and count them.

But determining which plankton species are where and for how long is labor intensive. It used to be that the only way to examine plankton communities was to take water samples in the field, preserve them and bring them back to the lab. Thousands of scientists have spent tens of thousands of hours examining such samples under microscopes all over the world.

Now, new technologies are making studies of plankton much easier. Two amazing instruments are being used by CEOAS scientists to take pictures of plankton species in situ (in the natural environment), and even identify them to species using artificial intelligence and machine learning.

Flow cytometers, now standard equipment in biomedical labs, are instruments that count and photograph individual cells in a fluid flowing past a camera. They have been used for decades to look for cancer cells, examine immune deficiencies and determine cell function. Scientists at Woods Hole Oceanographic Institution had the brilliant idea to adapt this instrument for monitoring phytoplankton in the field, adding image recognition to the device’s repertoire so it can record not only how many phytoplankton cells are in a sample, but also the species present.

A cross-university team of researchers led by Angel White and Ricardo Letelier of CEOAS and Kim Halsey of the Department of Microbiology purchased one of these imaging flow cytobots (IFCBs) for use in multiple research projects. Now led by Maria Kavanaugh (CEOAS), the team has been working with the IFCB for about a year, teaching it to identify local species and learning the capabilities of this incredible instrument.

“It’s so beautiful,” Kavanaugh says of the IFCB’s capabilities. “Before, we were relegated to understanding phytoplankton community structure through parameters like light scattering properties. Now we can get counts, size structure of the population, actual species abundances … it’s a great tool.”

The IFCB can either be deployed directly in the water, sampling for multiple months, or it can sit safely on a benchtop inside a laboratory. In either case, the meter-long device sips a small sample of water which is entrained into a tube containing a “sheath fluid,” a tunnel of water with similar optical properties as the sampled water. The sample flows through the tunnel of sheath fluid in a stream so narrow that only one cell at a time passes in front of a laser. The laser then triggers a camera to take an image of the single cell. The IFCB files the photo away, and goes on to the next cell in the stream. In one ten-minute sampling period, the IFCB can collect and categorize about 5,000 images. The oldschool way of examining that one same sample under a microscope would have taken six to eight neck-stiffening hours.

Machine learning plays an important role here. The IFCB crops the image, then a series of algorithms identify the plankton species based on measurement of more than 250 attributes of each cell. The images are compared to a “field guide” prepared and fed to the algorithm by scientists. The scientists check the machine’s work and correct it, and over time, the classifications get more and more accurate.

CEOAS scientists will be using the IFCB for a range of projects. Kavanaugh used it as a teaching tool last summer with a field biological oceanography class. It is being used to examine the phytoplankton community in the waters of Netarts Bay, by sampling the water intake at the Whiskey Creek Shellfish Hatchery. And in the fall Kavanaugh and others began using it to characterize the plankton communities over Oregon’s continental shelf.

Regional phytoplankton better get ready for their close-up.

Fantastic beasts and how to find them

In addition to microscopic plants, the ocean is home to spectacularly diverse wee beasties, otherwise known as zooplankton, including the larval stages of fish and crustaceans. CEOAS oceanographer Bob Cowen has been studying larval fish ecology for decades. Cowen and his team have dragged lots of nets through the water, filtering out larval fish and examining them under a microscope to identify them.

For the past decade, though, he’s been using a more high-tech approach to examine larval fish (called ichthyoplankton) and other zooplankton in situ. Along with colleagues at the University of Miami and elsewhere, he developed the in situ ichthyoplankton imaging system (ISIIS), a camera system towed by a research vessel that takes pictures of the critters on the fly.

While in situ imaging systems existed pre-ISIIS, they had significant shortcomings when it came to finding larval fish. “Existing systems could only image very small volumes of water,” explains Christian Briseño-Avena, a post-doc in Cowen’s lab. “There was no way to capture the least abundant zooplankton groups like fish larvae.”

ISIIS solves the problem by using a line scan camera, which emits a sheet of light a few microns thick. The sheet is projected from one port through the water to another port, and the instrument is towed through the water perpendicular to the sheet of light. Because the organisms in the frame are backlit, the camera is capturing the shadows of whatever comes through that plane. “It scans the water line by line, stacking the lines to make a picture,” Briseño-Avena says. “If we tow it for a kilometer, it’s creating a kilometer-long picture.”

The catamaran-shaped instrument, a bit larger than a mini-fridge (see its picture on our cover), can be towed at a specific depth (up to about 200 m), or towed in an undulating pattern, taking images from several liters of water at a time. Environmental data are collected simultaneously, so that plankton data can be compared to critical variables like temperature and salinity.

All of the critters in the ISIIS portraits need to be identified, and just like with the IFCB, Cowen’s research group and others are working with an image-recognition system to automate that process. “We create learning libraries for ISIIS by identifying the species we know,” Briseño-Avena explains.

ISIIS data have been used to examine larval distribution and transport in the Florida Keys, to determine the distribution of larvae in areas of the Gulf of Mexico affected by the Deepwater Horizon oil spill, and to look at food web dynamics in the Mississippi River plume. Currently the lab is engaged in a four-cruise study comparing larval dynamics in two regions of the California Current system, in Oregon and California.

There is no end to the questions that the lab can answer using ISIIS. “We keep pushing the boundaries of the instrument all the time,” Briseño-Avena says.