Icing on the cake: Daniel Watkins to use endowment award to travel to conference in Germany 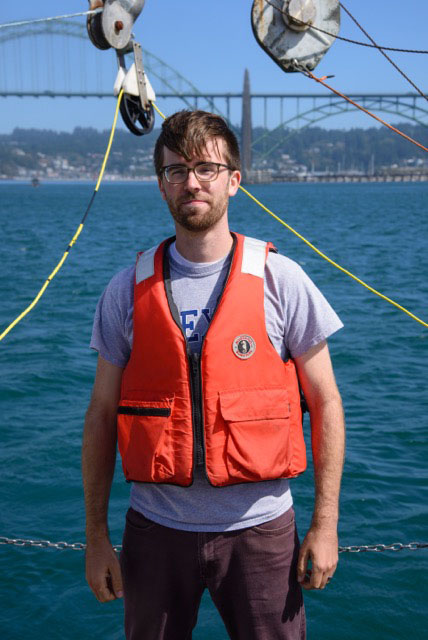 CEOAS is proud to issue big congratulations to Ph.D. student Daniel Watkins, awardee of the Drs. James A. and Stella Melugin Coakley Endowment Award for 2021.

Watkins, a student advised by CEAOS’ Jenny Hutchings, will use the award to help fund his attendance at the International MOSAiC conference in Potsdam, Germany, where he will present findings from their analysis of sea-ice drift and deformation collected during the massive, international Multidisciplinary drifting Observatory for the Study of the Arctic Climate (MOSAiC) expedition.

This opportunity will allow Watkins to find collaborators whose MOSAiC research projects can benefit from his results, and to network with international scientists as he considers his next career steps.

MOSAiC was the largest polar expedition in history, involving hundreds of researchers from 20 countries. The goal of the project was to look at impacts of climate change on the Arctic, the epicenter of current global climate change impacts. To accomplish the project’s objectives, the German research icebreaker Polarstern set sail from Tromsø, Norway, in 2019 to spend a year drifting through the Arctic Ocean - trapped in ice.

“A major part of the MOSAiC expedition is the focus on the Arctic as a tightly coupled system: All the parts influence each other. Thanks to this award, I will be able to join in discussions across different disciplinary teams, and find ways to connect our work,” Watkins says.

The Drs. James A. and Stella Melugin Coakley Endowment Award is shared with the College of Agricultural Sciences, and awards are made in alternating years to each college. Jim Coakley is a Professor Emeritus in Atmospheric Sciences. He has been honored for his creative, decades-long research on effects of clouds and aerosols on atmospheric radiation and climate. A Fellow of the American Association for the Advancement of Science and the American Meteorological Society, Coakley was awarded the NOAA Spirit of NPOESS Award and a NASA Exceptional Scientific Achievement Medal. He received his B.S. in physics from the University of California, Los Angeles and a Ph.D. in physics from the University of California, Berkeley.