Mapping Out His Future 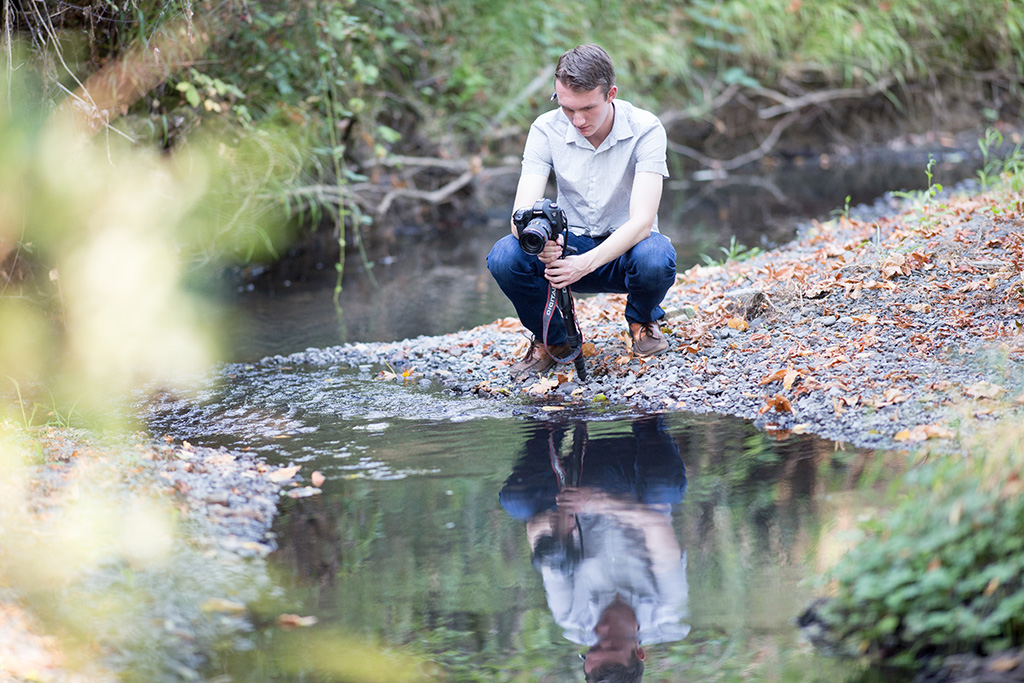 Gareth Baldrica-Franklin has a knack for maps – and not just studying and interpreting them, but making them. It's no wonder that the University Honors College student decided to study geography, later adding a second degree in sustainability. He further honed his map-making skills while working for the Cartography and Geovisualization Lab within the College of Earth, Ocean, and Atmospheric Sciences. There, he helped create a series of maps for a course investigating the geology of national parks. Peers and mentors have taken note of his good work. For the past two years, Baldrica-Franklin has received the Arthur Parenzin Memorial Geography Scholarship, and he was a 2015 recipient of the Drucilla Shepard Smith Scholastic Award

Baldrica-Franklin has recently expanded his roadmap to the future by participating in experiential learning opportunities that bring together his interests in sustainability and freshwater systems. He is in the early stages of an undergraduate thesis investigating whether bulk water transfers can alleviate drought-stricken communities.

We caught up with Baldrica-Franklin to learn more about his time at Oregon State, his outside-the-classroom activities and his advice for fellow students.

Where did you grow up?

I was born and raised in Portland, Ore.

Why did you choose Oregon State?

I chose Oregon State for the geography program and the extremely warm and accepting campus community. Being accepted into the University Honors College was a major factor as well.

You've been involved in lots of extracurricular activities, including research, special projects with the Cartography and Geovisualization Lab and most recently, becoming a Residential Advisor (RA). What was your motivation for getting involved in these activities?

I enjoy being connected to people from all walks of life. Getting involved with various campus activities allows me to connect to people with common interests and increase my sense of community at Oregon State.

I've always enjoyed looking at and creating maps, so working in the Cartography and Geovisualization Lab seemed like a pretty natural and logical step to further my skills and interest in the craft. I also do work for the Institute for Water and Watersheds, which has played a large part in my Oregon State experience and allowed me to learn about a very interesting and pertinent topic. Water is extremely relevant to the world today, and something that I may pursue at a later point in my life. Lastly, my motivation to be an RA stems from a longing for an increased sense of community that I didn't have when I was living off campus.

What has been the most valuable lesson of these experiential learning opportunities?

I've learned that most problems aren't impossible, but none are simple.

What do you hope to accomplish during the rest of your time at Oregon State?

I hope to write a thesis directly applicable to a problem that involves a strong creative element. Also, creating a lasting mark on campus by forming meaningful relationships with a variety of people is important to me.

What's next after college?

Most likely I plan to pursue graduate school, but possibly the Peace Corps or some other international service opportunity.

Go back to when you were a first-year student. What do you know now that you wish you knew then?

It's okay to ask questions and not understand something. No one expects you to be perfect. Also college is pretty much exactly what you make of it, so make the most of it.