Wayne Burt lived to be outdoors, especially to fish. He kept bees and pigeons. He built things and repaired things on his small family farm in Corvallis. He played piano and he even did needlepoint. He spent time with a family he adored — his wife, Louise, and his four children. He was always, always busy.

For a good portion of his life, one thing that kept Wayne Burt very busy was establishing and heading up Oregon State University’s now-renowned oceanography program. In 1954, with $10,000 in U.S. Navy funds in hand, he convinced what was then called Oregon State College to hire him as the institution’s first oceanographer before many people even knew what an oceanographer was. Five years later, with more Navy funding, he launched the Department of Oceanography, which has now grown into the College of Earth, Ocean, and Atmospheric Sciences. During the 1960s, Burt hired faculty members; oversaw construction of an oceanography building; designed Oregon State’s first research vessel, R/V Acona; and established the Hatfield Marine Science Center in Newport.

In recognition of his Herculean efforts, Oregon State University named that same oceanography building Burt Hall in 1987. It now houses state-of-the-art analytical labs, a massive computing center, and dozens of scientists and students studying everything from heavy metals to ice cores to plankton.

Of all of his accomplishments, though, Wayne Burt was most proud of his four children, John (now deceased), Christine, Larry (known in the family as Laurie) and Darcy. Just before Father’s Day 2021, Burt’s three living children came together via Zoom for an interview. Their own stories were mixed in with stories of their parents and of the early days of Oregon State oceanographers. Laughter and tears bounced across cyberspace, along with a palpable sense of love and pride for their pioneering father. Here are some edited excerpts from their conversation. 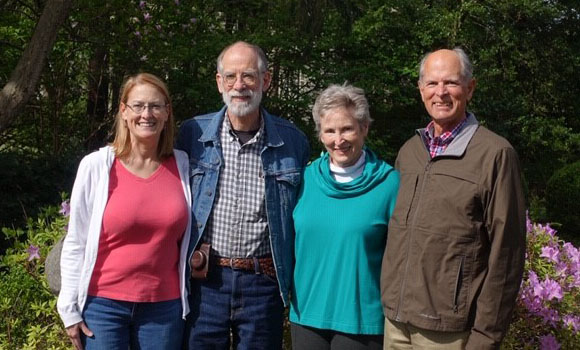 Darcy Burt Schoenberg: Mom and Dad had had three children and almost 11 years later, I came along. And so I grew up as an only child with older siblings, which I think formed my life quite a bit.

After you all [other siblings] left the house, and Dad could no longer crawl around to fix things, he just sat himself in a chair and guided me through stuff like plumbing repairs, hammering low nails. He was a fix-it guy, and if he couldn’t do it, he’d show someone how to do it, and that someone was me at that time. It was something that few girls my age were getting from their dad.

Larry (Laurie) Burt: Growing up for me was just a marvelous time. We lived on three acres near Corvallis, with many experiences unique to a farm community.

Dad knew how to do everything, or could figure it out. I got to help him kill rabbits and chickens, dig a sewer trench, build the bedroom dormer. I helped him lay sidewalks, build retaining walls and tend our many fruit trees and berries. We had a lot of time together. I was very fortunate to have those years.

Dad was a bit of a show-off, could ride a bike sitting on the handlebars backwards, no hands. He was really strong, still able to do one-handed pull-ups in his 60s. After his first heart attack in his early 50s, he changed his life: reducing his stress at work, changing his diet, and hugging us, giving him another twenty years.

I graduated from Reed College in 1968 with a degree in physics, but went my own way after that – I was more interested in people than science. Dad was disappointed, said he had grabbed every opportunity in his life, but was still interested in my work.

Christine Burt Cook: I have a lot of memories of our time in Annapolis. We lived outside of Annapolis, I would say probably five miles. Dad was engaged with a very sophisticated (for the time) program that was being run out of this big old 1700s mansion that they had set up for the Chesapeake Bay Institute. We lived in the servants’ quarters in that great big house.

Dad would take us down to the piers where the boats would come in, and he would show us these long tubes of dirt coming up out of the bottom of the Bay, and what that meant. He always wanted us to be educated.

I can remember clearly we were going to have an eclipse. And so Dad sat us all down at the table, and he got out orange, a walnut and maybe a grapefruit or something [to represent the Earth, moon and sun]. He showed us how this eclipse would work. And then he got us up in the middle of the night and took us out in the dark to show us this eclipse after he had clarified to us what it meant.

[Later in high school] Dad got me a job at Good Samaritan Hospital in Corvallis. At first they were trying to make me be one of those candy stripers. And Dad kept pushing and finally found somebody who hired me to be kind of a junior nurse’s aide. I loved that work and just kept working with that all through high school and college.

NS: Tell me about your brother John.

CBC: John was the bright shining star. He was kind of straight, narrow, handsome and polite. When we lived in Annapolis, we were taken often to church on Sunday at the chapel at the Naval Academy. And it was in John's head that he was going to go to Annapolis and train there. And so that's what he did. He was finishing his four years when the war was very active, and he became a pilot.

DBS: I think he had 400 carrier landings.

NS: Can you tell me a little about your mom, Louise?

LB: While Dad developed the oceanography program, Mom managed the family and the farm. She served as his invaluable muse and confidant, taking his handwritten research proposals and papers and revising and typing them with polished prose. She was the social connector for the new department, too, serving as host for lots of gatherings at the house.

Dad was invariably supportive and complimentary to Mom, setting a wonderful marital example for all of us.

LB: Dad had this firm faith in science and the value of experts. After all, he was a scientist, he was an expert, this was his religion. He believed there were objective truths, and also that science and scientists were incorruptible. He was doing good science, and was surrounded by people doing good science. And that was his religion. That was his belief. 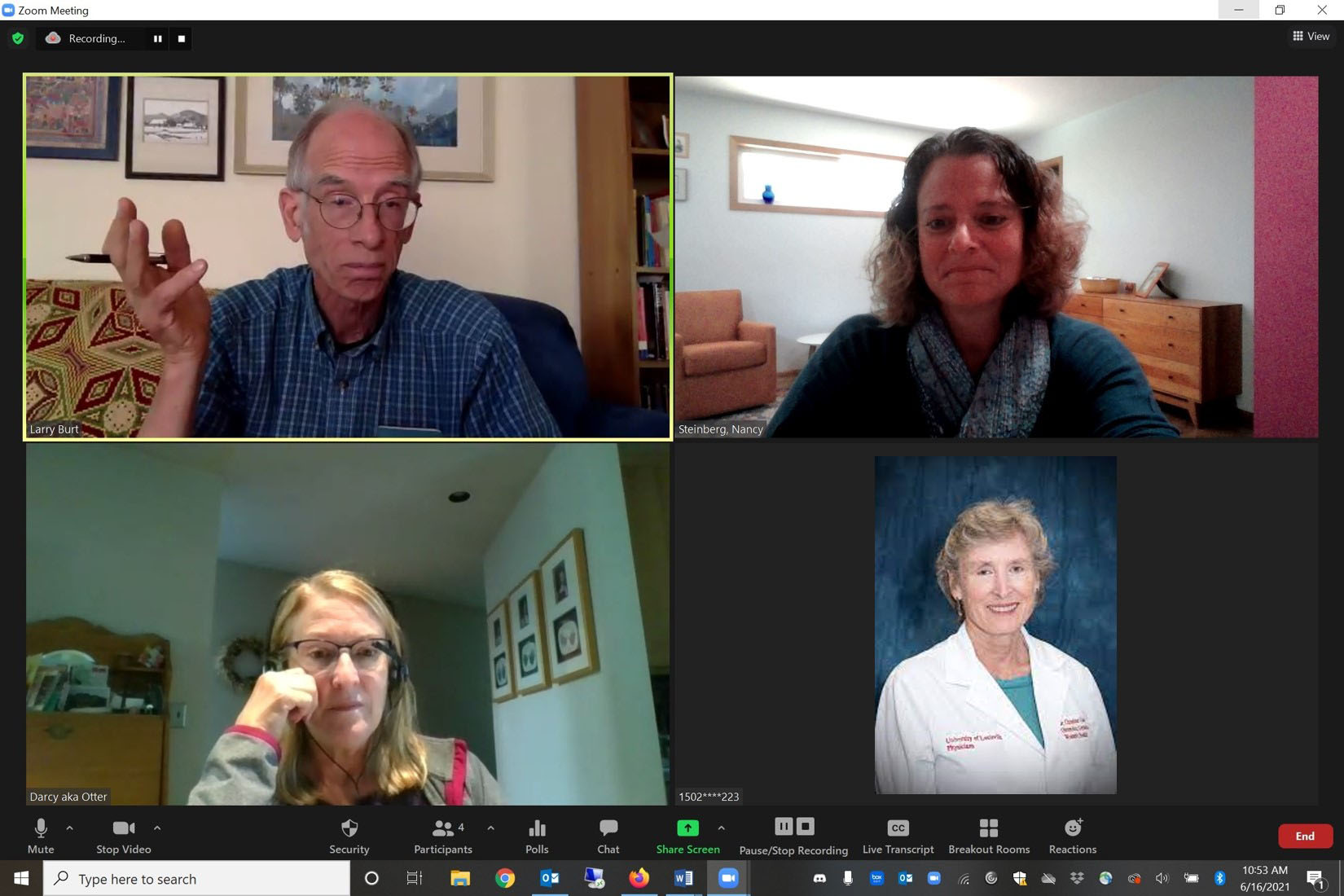 The diverse careers of the Burt children all drew inspiration from the emphasis in the Burt household on education and service.

John Burt retired from the Navy, moving on to positions of leadership in the FAA, U.S. Department of Defense, the Marine Corps and the MITRE Corporation.

Christine Burt Cook is a recently-retired physician who specialized in endocrinology related to obstetrics and gynecology at the University of Louisville.