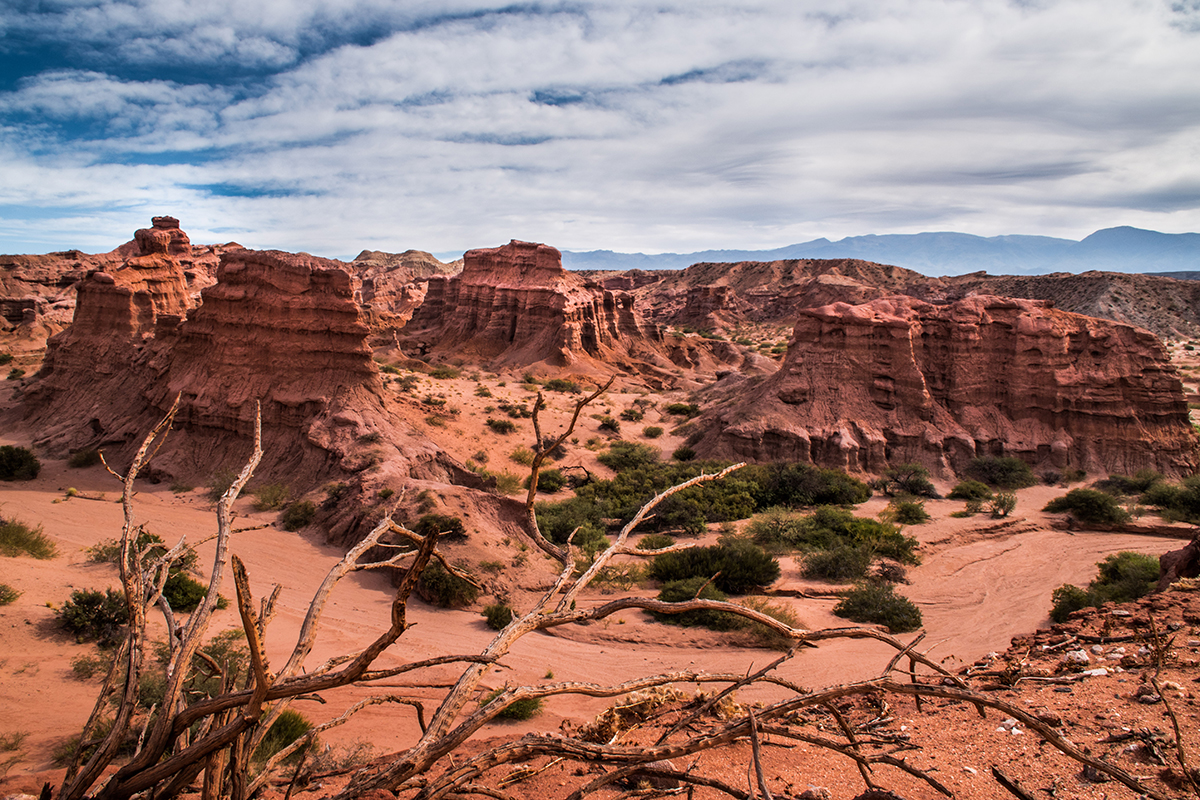 Conscientious travelers are often exhorted to “Take nothing but pictures, leave nothing but footprints.” But that advice was penned before one kind of footprint was understood to contribute to global climate change: carbon footprints.

Some of the 25 students going on the CEOAS Geosciences Club spring break field trip to Argentina were concerned about the carbon footprint of the trip, the sum of CO2 emissions induced by the travel. Under the guidance of CEOAS faculty member Andrew Meigs, undergraduates Sage Reuter and Samuel Barrus, both Earth Sciences/Geology Option majors, took on the task of calculating the carbon footprint of the trip for the entire group, and researched purchase of carbon offsets. Offsets, sometimes called carbon credits, are small investments that result in carbon storage or environmental restoration calibrated to balance out the carbon emissions of a particular activity, like taking a trip to Argentina. For example, offsets might include donations made to a nonprofit that plants trees or to a renewable energy company.

“The biggest contributor to the carbon footprint of the trip is the flight,” Barrus explained. “Because of a factor called ‘radiative forcing,’ carbon emitted at higher altitudes has about twice the impact as car emissions do.” He and Reuter determined the models of airplanes they’ll be flying, and the distance, and then calculated carbon emissions using a calculator provided by the International Civil Aviation Organization.

The next step was to determine how the group will be getting around on the ground once they’re in Argentina. The answer includes a minibus, small Toyota trucks, and Toyota Land Cruisers. They researched the CO2 emissions rates and the distances to be traveled in each, but they wanted more accuracy. They discovered that fuel efficiency declines for ground vehicles by about 2 percent for every 100 pounds added to the vehicle, so they added passenger weight the vehicles would be carrying into their calculations.

“It’s still not a precise number, but we drilled down as much as we could,” Barrus said.

Drumroll please … the students estimated that the total carbon footprint of the trip will be approximately 85,000 kg of CO2 emitted for all 25 people. So, what to do to balance the books?

Brandon Tresltad, Sustainability Officer in the OSU Sustainability Office, guided the entire project and introduced the students to a good place to purchase carbon offsets: the Bonneville Environmental Foundation. Working with Meigs, Reuter and Barrus chose a portfolio of offsets from BEF that included investments in projects to reduce emissions, sustainably manage forests and water, and prevent destruction of tropical forests. The portfolio they chose more than compensated for the trip’s footprint. A generous donor provided the cost of purchasing the offsets.

Barrus is excited for the trip. “Actually visiting a site ignites something in a way you can’t get from a book,” he said. CEOAS geologist Shan de Silva, who has conducted many research projects in the region, will serve as tour guide the group. Students will get to explore a range of geological features and formation, including the Salta Rift Basin, a number of volcanoes, and a porphyry copper and gold deposit.

And now he can take the trip with a bit of an easier conscience. “I’m committed from now on to keep a tally of the footprints of my travel,” he said. “Even if I can’t afford to offset them all, at least I’ll be aware of my own impact.”