The Missoula Floods and the Channeled Scablands

Imagine ice-age megafloods that swept boulders the size of cars down the Columbia River in water churning at more than 60 miles per hour. The Missoula floods, some 15 to 20 thousand years ago, transformed the Columbia River drainage forever, carving the Channeled Scablands, rerouting rivers, shaping the Columbia River Gorge, depositing bars of sand and gravel hundreds of feet high, and backfilling broad valleys with silt and clay. Beyond instantaneously transforming the Pacific Northwest landscape, the floods forced the science of geology to grapple with the possibility that catastrophic events play a key role in Earth history. Surprising findings about the nature of the floods continue to emerge, challenging our understanding of one of the greatest and most spectacular events in Earth history.

This lecture was November 3, 2021 at 7 p.m. in Construction and Engineering Hall, The LaSells Stewart Center, Oregon State University


Sediment and mass-transfer budgets provide an overarching framework for comprehending landscapes. Their applicability ranges from understanding regional landscape evolution over millions of years to managing effects of historical land use on individual rivers. Despite their core importance, comprehensive mass erosion and transport budgets are challenging to attain, especially at broad scales, because of the variety of processes and feedbacks involved and the difficulty in making critical measurements. Here we present a comprehensive assessment based on riverine measurements of sediment and solute transport. These measurements underly empirical basin-scale estimates of bedload, suspended sediment, and silicate solute fluxes for 100,000 km2 of northwestern California and western Oregon. This spatially explicit sediment budget shows the multi-faceted control of geology and physiography on the rates and processes of fluvial denudation. Bedload transport is greatest for steep basins, particularly areas underlain by the accreted Klamath Terrane. Bedload flux commonly decreases downstream as clasts convert to suspended load by breakage and attrition, especially for softer rock types. Suspended load correlates strongly with lithology, basin slope, precipitation, and wildfire disturbance. It is highest in steep regions of soft rocks, and our estimates suggest that much of the suspended load is derived from bedload comminution. Dissolution, measured by basin-scale silicate solute yield, constitutes a third of regional landscape denudation. Solute yield correlates with precipitation and is proportionally greatest in low-gradient and wet basins and for high parts of the Cascade Range, where undissected Quaternary volcanic rocks soak in 2–3 meters of annual precipitation. Combined, these estimates provide basin-scale erosion rates, ranging from ~50 tons per square kilometer per year (0.02 millimeters per year) for low gradient basins such as the Willamette River, to 500 tons per square kilometer per year (0.2 millimeters per year) for steep coastal drainages. The denudation rates determined here from modern measurements are less than those estimated by longer-term geologic assessments, suggesting episodic disturbances such as fire, flood, seismic shaking, and climate significantly add to long-term landscape denudation. 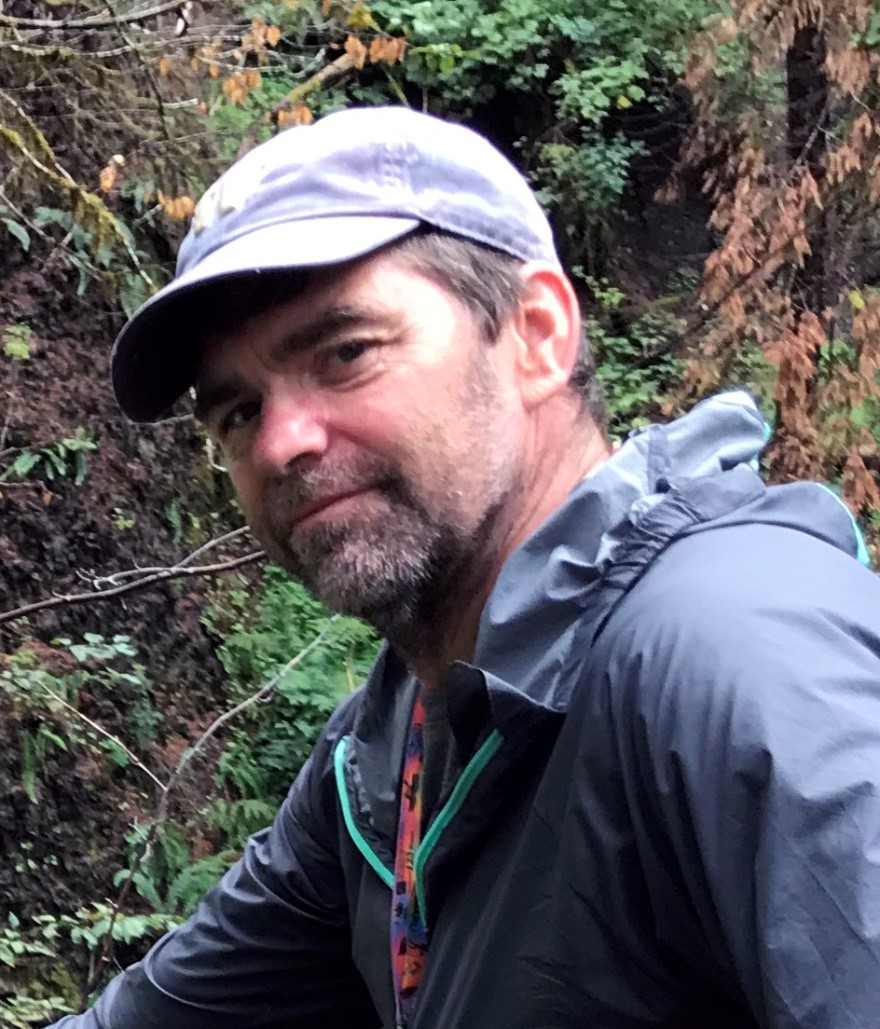 Jim O’Connor is a Pacific Northwest native long interested in the processes and events that shape the remarkable and diverse landscapes of the region. Following this interest with a Geological Science major at University of Washington and M.S. and Ph.D. degrees at University of Arizona, he has spent most of the last 30 years with the U.S. Geological Survey in Portland, Oregon, focused on understanding the geology of the U.S. Pacific Northwest.